Construction Progress from July to August 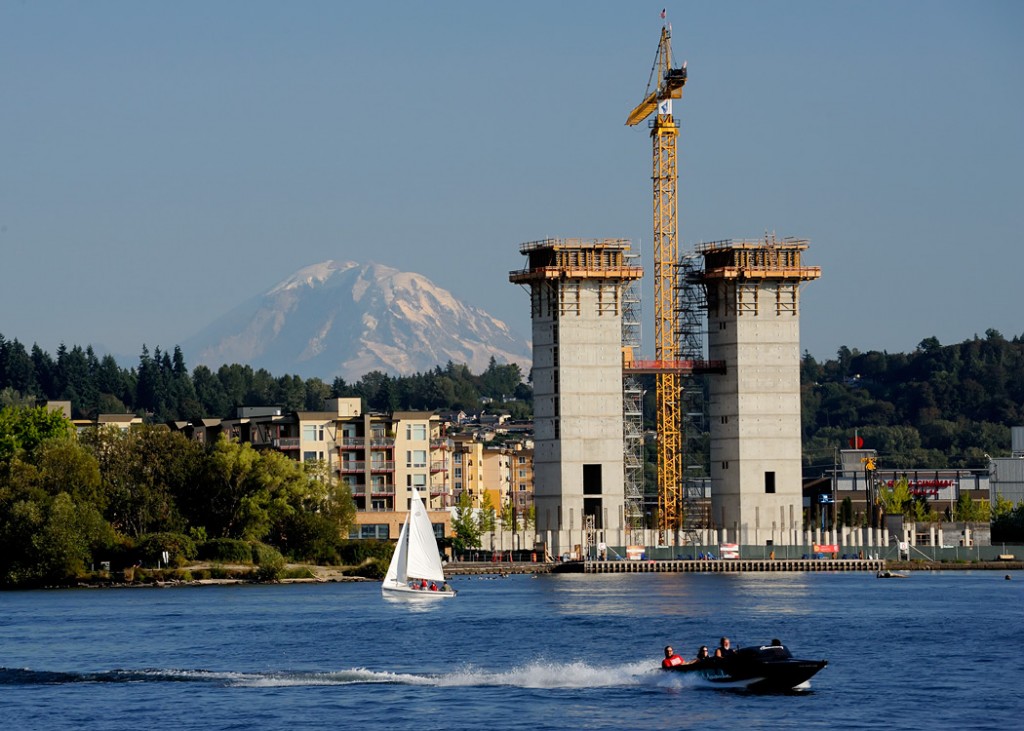 Lake Washington Boulevard signalization is substantially complete.  The City of Renton and BNSF Railway have completed the installation of the pre-emption timing sensors that will allow for the activation of the signals.

We have completed the site utilities for the project and have graded and paved 90% of the perimeter road at the South and the West side of the site.

The concrete cores have been progressing in accordance with the schedule and are anticipated to “top out” the week of 8/24/2015.  Following the topping out, of the cores, the temporary stair towers, bridge and material hoist will be removed.  The core formwork will be dismantled in the south staging area and shipped offsite the weeks of 8/31/2015 and 9/7/2015.

Slab on grade is nearing completion with the final pour scheduled for early September.

Elevated concrete decks will begin to be formed in early September with the first pour scheduled for September 16th.  Decks will continue to be poured every 2 weeks through May of 2016.

Structural steel is currently being fabricated for the Ballroom trusses.  Trusses are scheduled for installation in January of 2016. 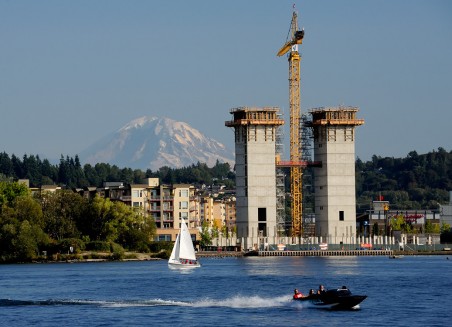