The exterior building enclosure continues to take shape as brick and precast are going in on the podium levels and weather barrier and sheathing is installed at the guestroom levels.  Window frame install at the ballrooms and meeting spaces is complete with glazing now starting as well.  Guestroom window install is complete to Level 8.  Exterior steel, framing, building wrap, and sheathing will continue up the building reaching Level 12 in late August.  Scaffolding to facilitate exterior construction is near completion for the building.  The tower crane is scheduled to come down in late October.  Work on the exterior stair near the restaurant and level 3 terrace is ongoing where the first of many large boulders were installed which will form the base for a cascading water feature.

At the roof, support for mechanical units is ongoing now that waterproofing is complete.  Mechanical, electrical, plumbing, and fire sprinkler rough-in is complete at the public amenity levels and continues up the building at the guestrooms above level 8.   At the level 1 back of house, the walk in coolers are starting to go in as well.  In the main ballroom, the sound walls are being finished with the completion of systems rough-in.  Wall board cover for Levels 4 thru 6 continues through August.  Framing is complete through Level 8 for the guestrooms.  Elevator machines have been delivered and elevator install for three of the cabs has begun.  In addition, the laundry chute for levels 1 – 6 has started with ongoing install slated through the end of September. 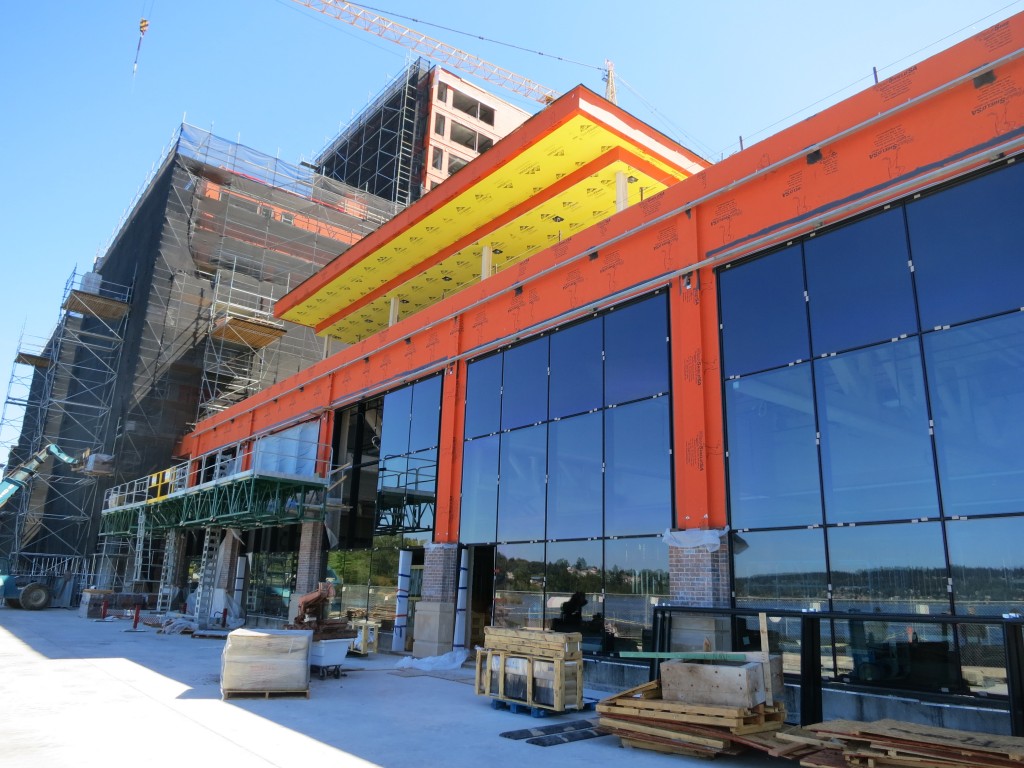 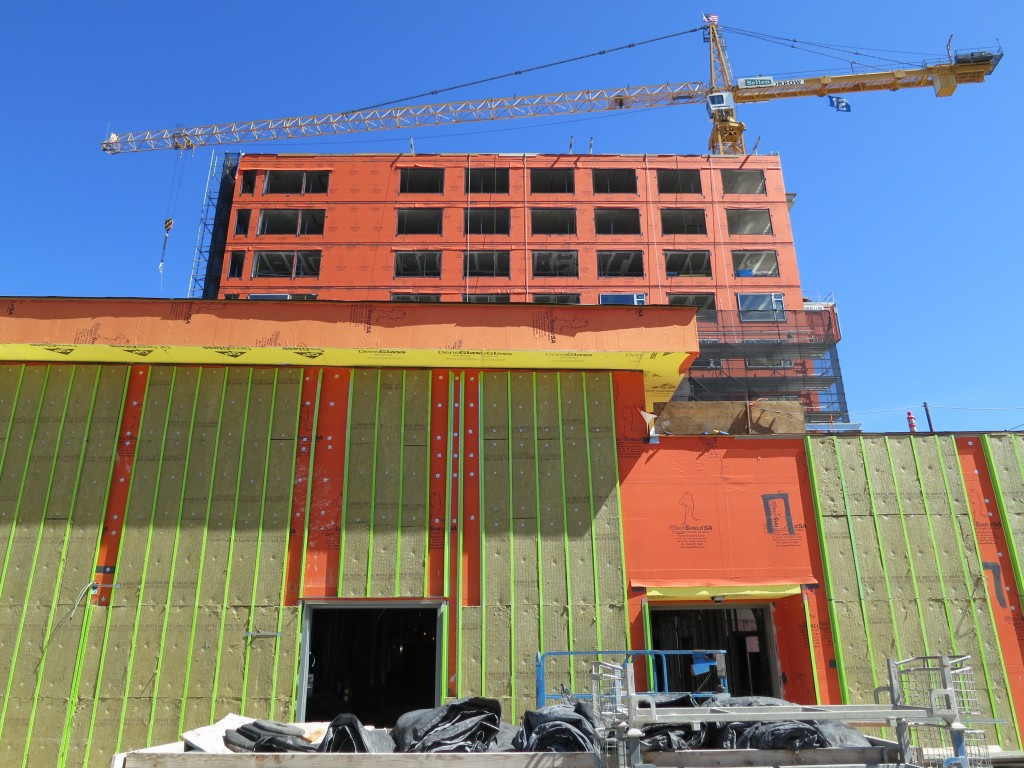 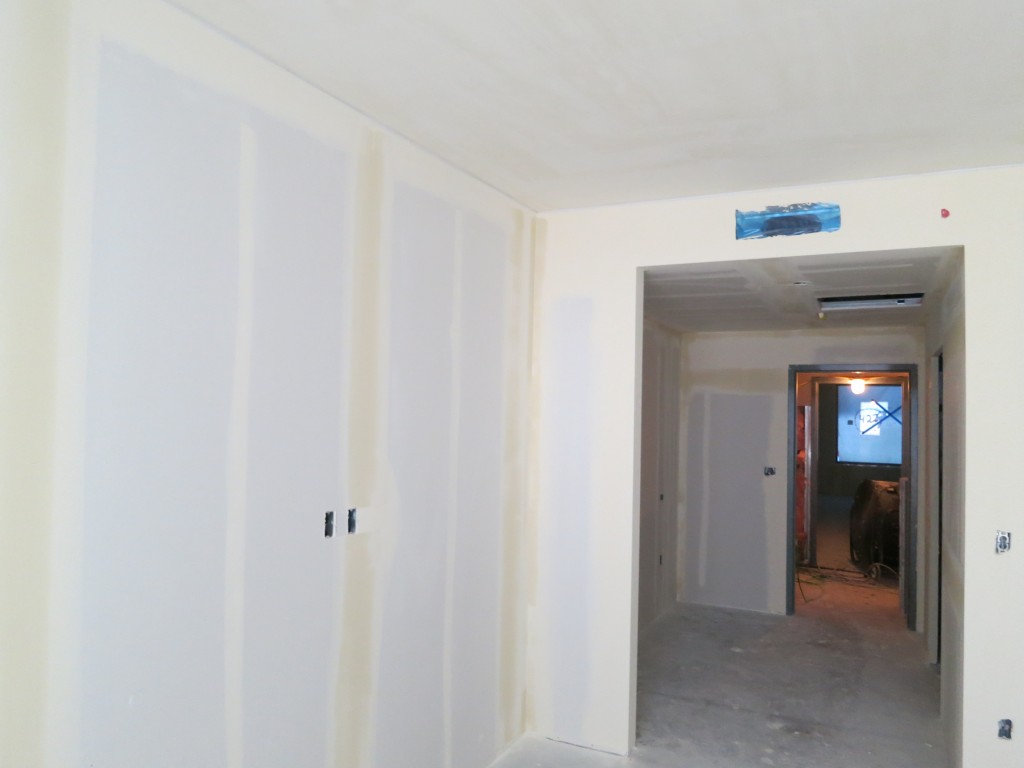 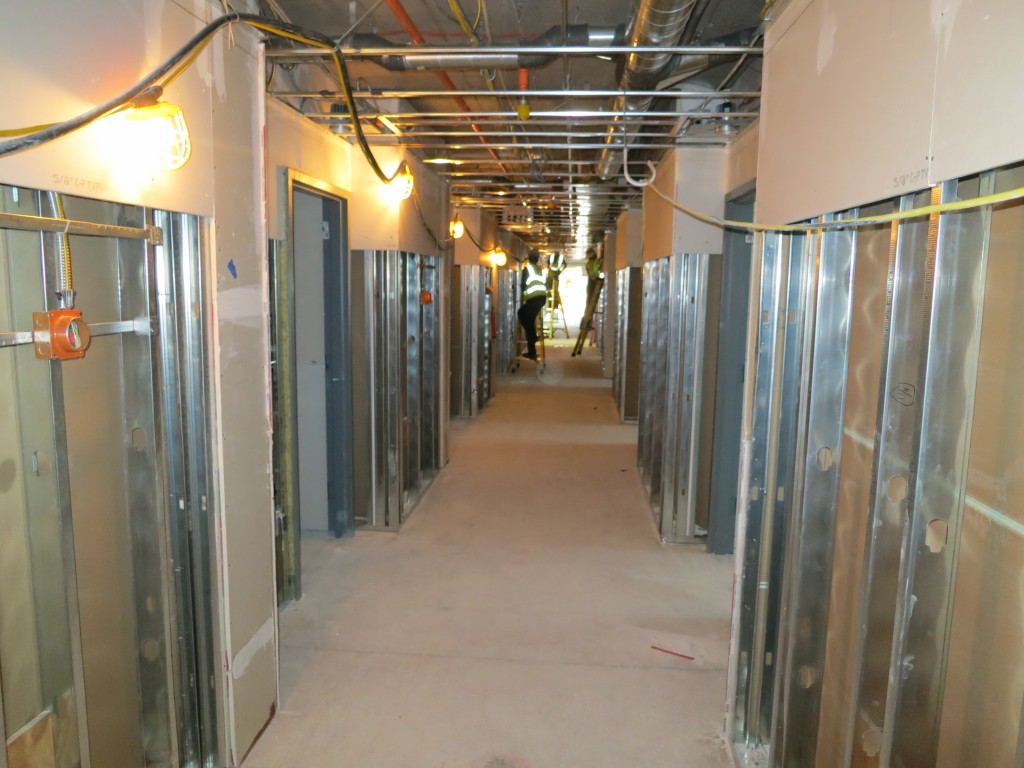 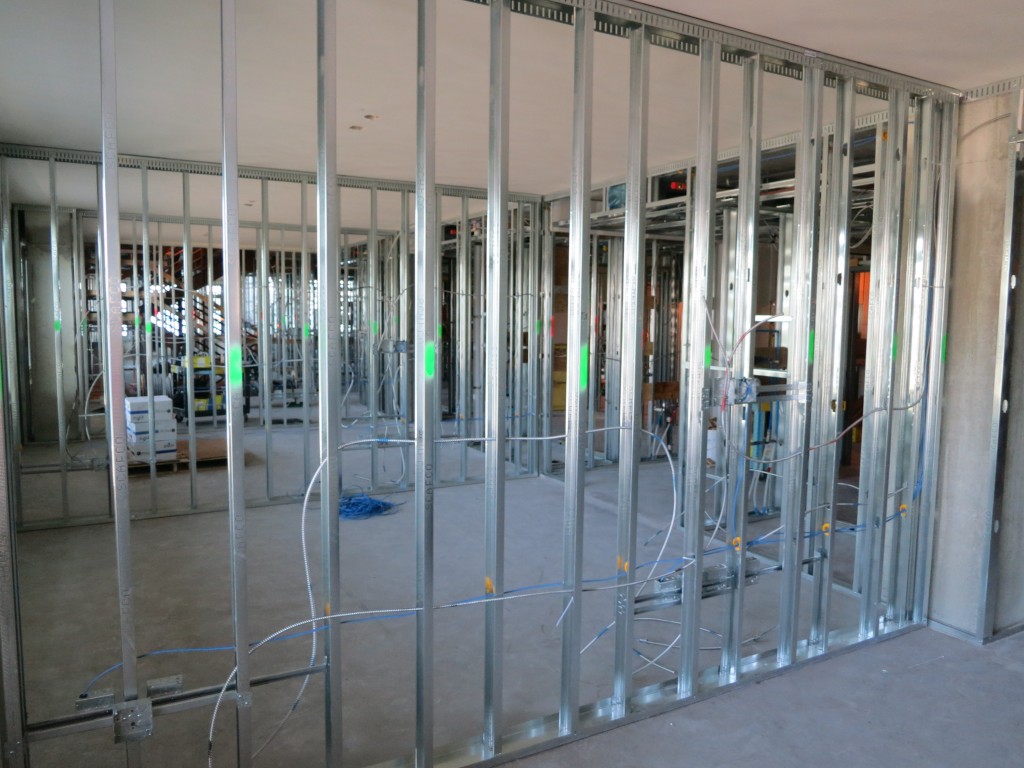 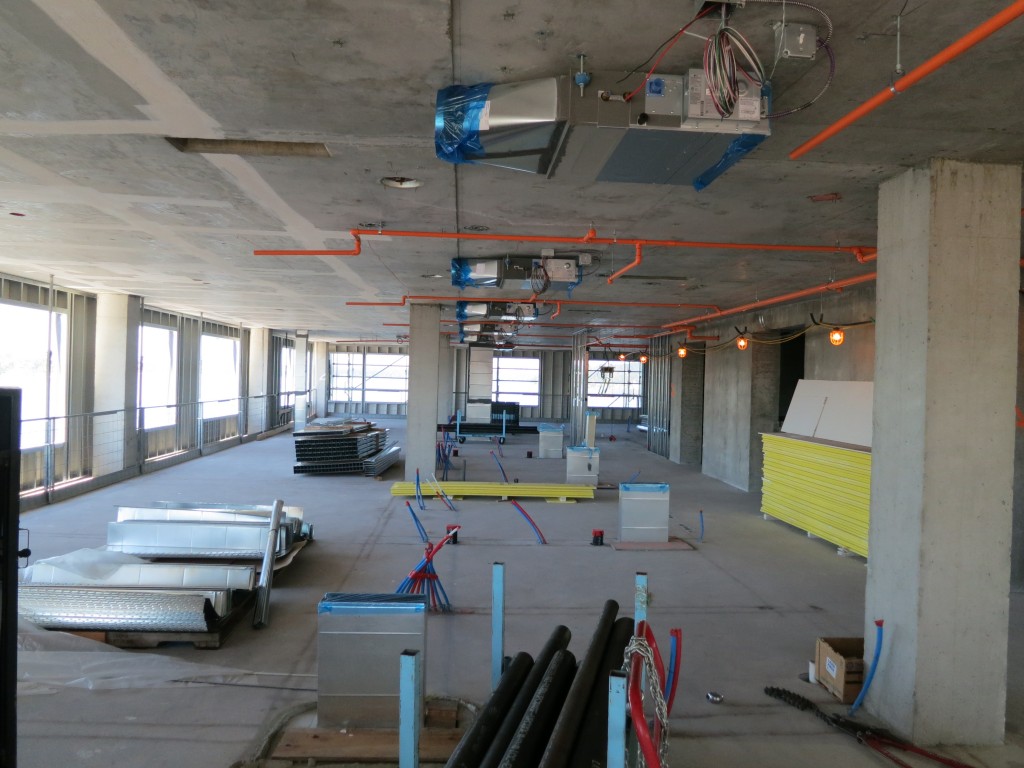 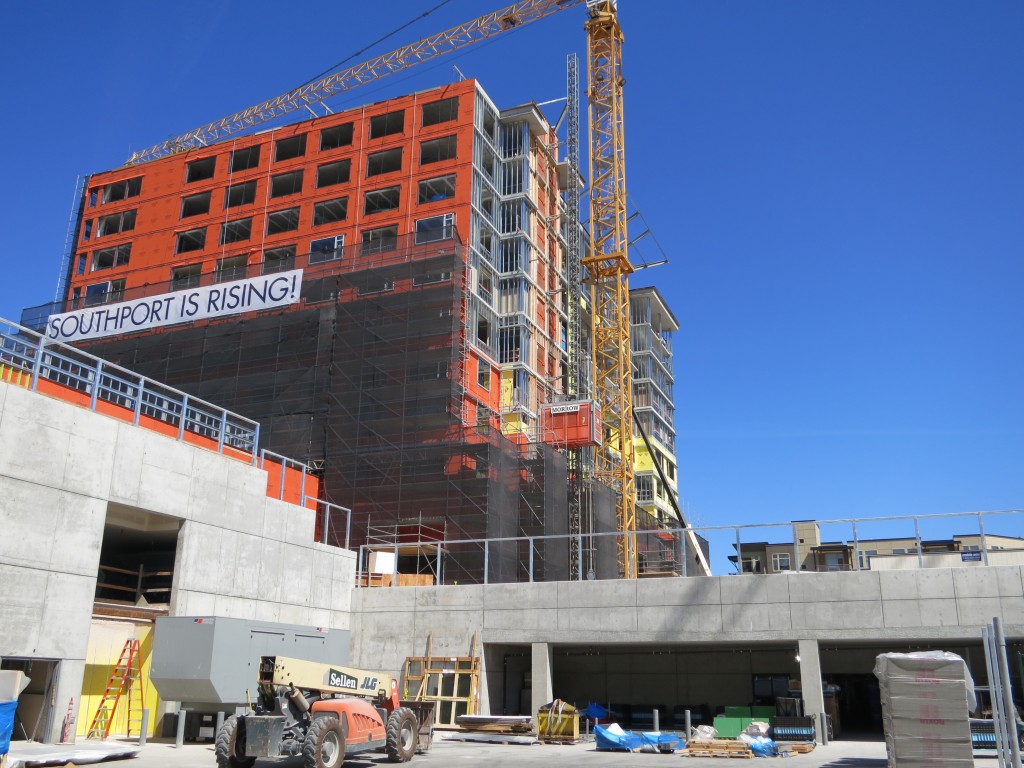 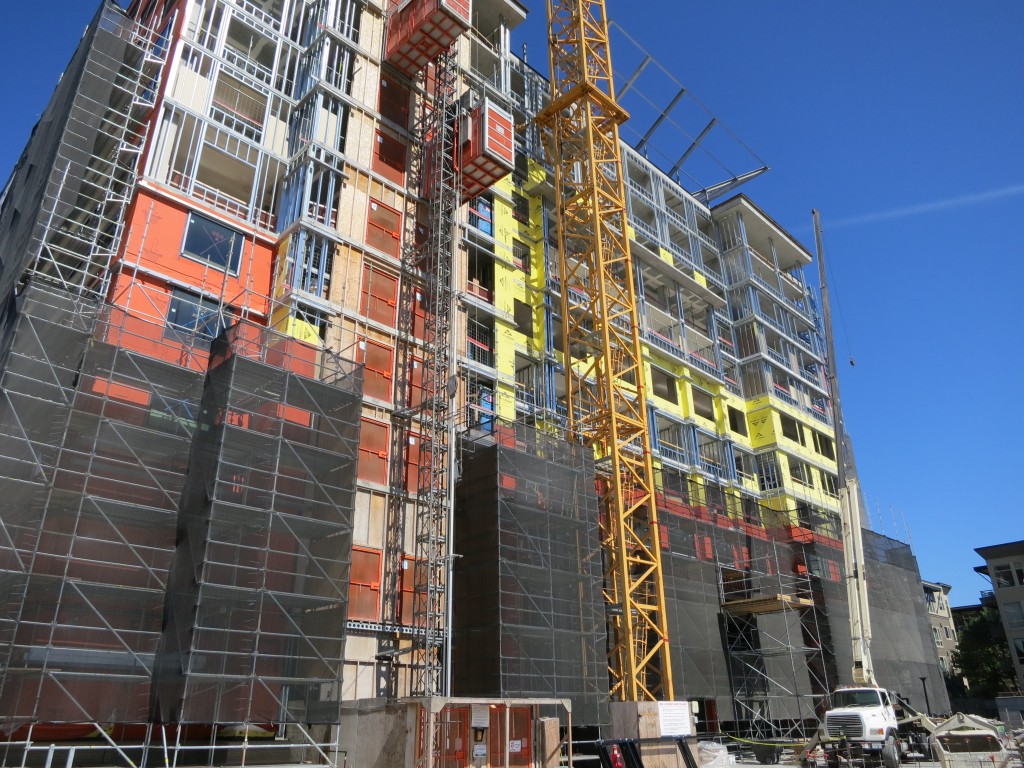 Underground improvements are complete at Tower 1 and Tower 2.  Utility stubs at the main access road have been completed and the asphalt roadway patched.  Underground utility install for plumbing and electrical is ongoing adjacent to Tower 1.   Grout driven piles continue across the site along the north edge of the towers. 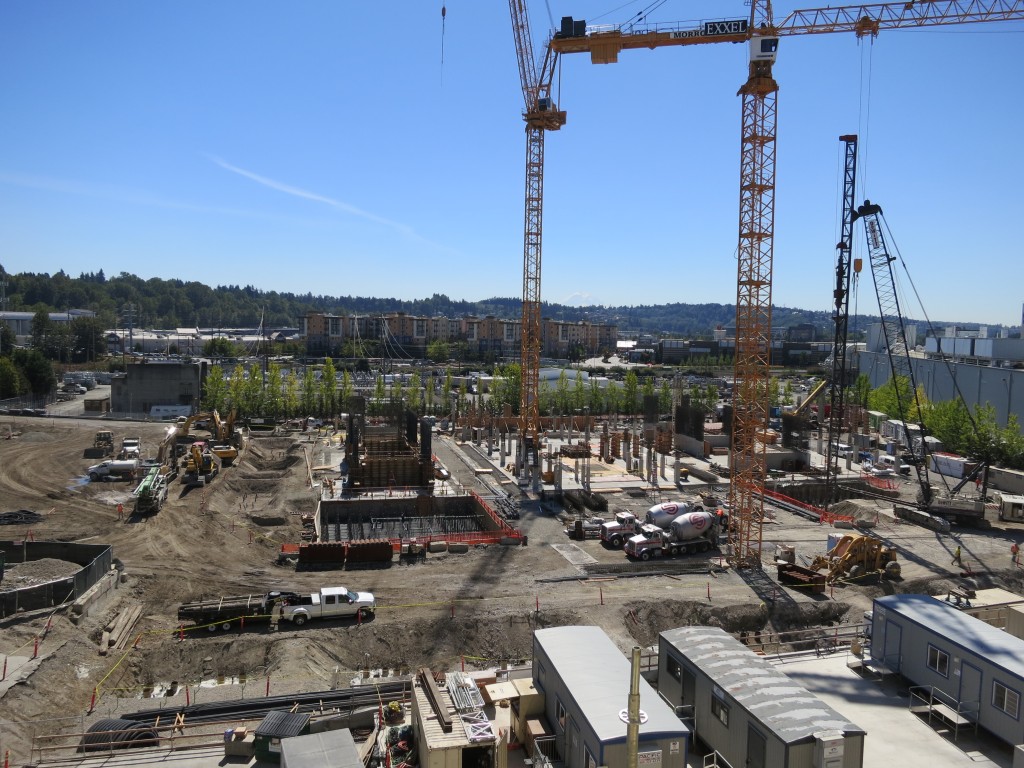 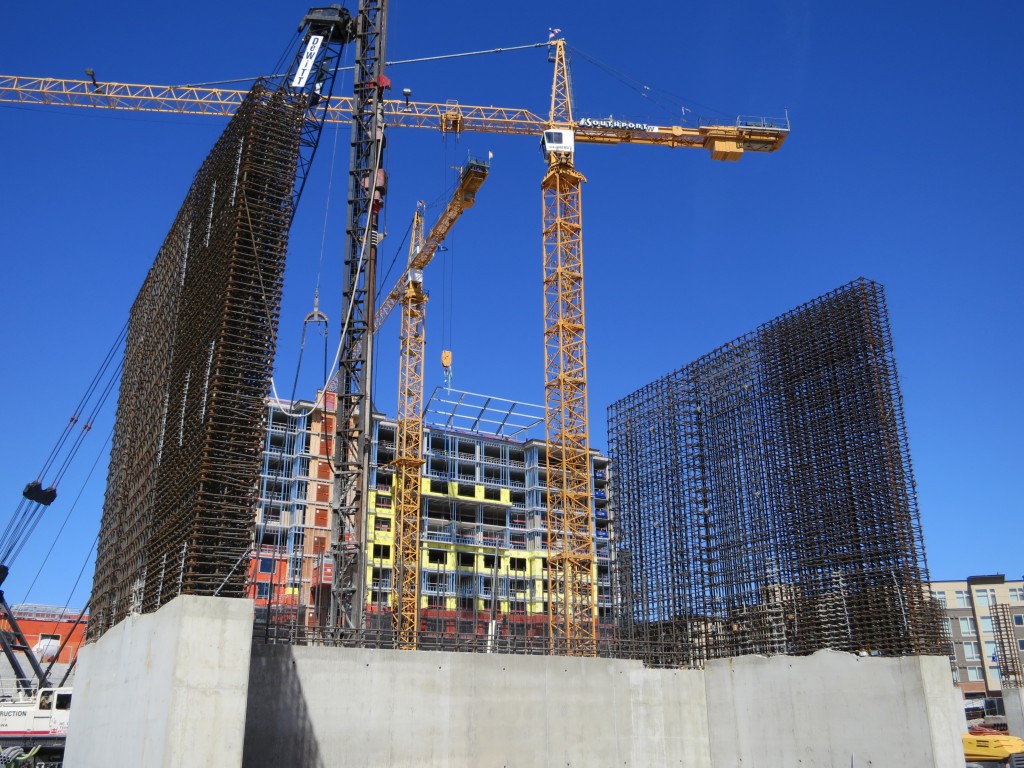 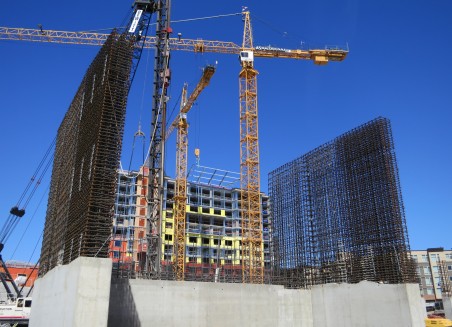