Hotel Construction Progress:
Exterior construction continues mainly with the siding installation above Level 8. The plank scaffolding has come down on every elevation except for the south. Swing stages will be used from the roof for continued access at higher elevations to install the siding and lantern finishes. The decorative perforated panels have been installed at the roof hat with accent LED lighting to follow. The exterior stair that links the Level 2 restaurant/porte cochere to the Level 3 terrace has been poured. This is a fantastic feature that will be a highlight for the project complete with lit handrails and a cascading waterfall. 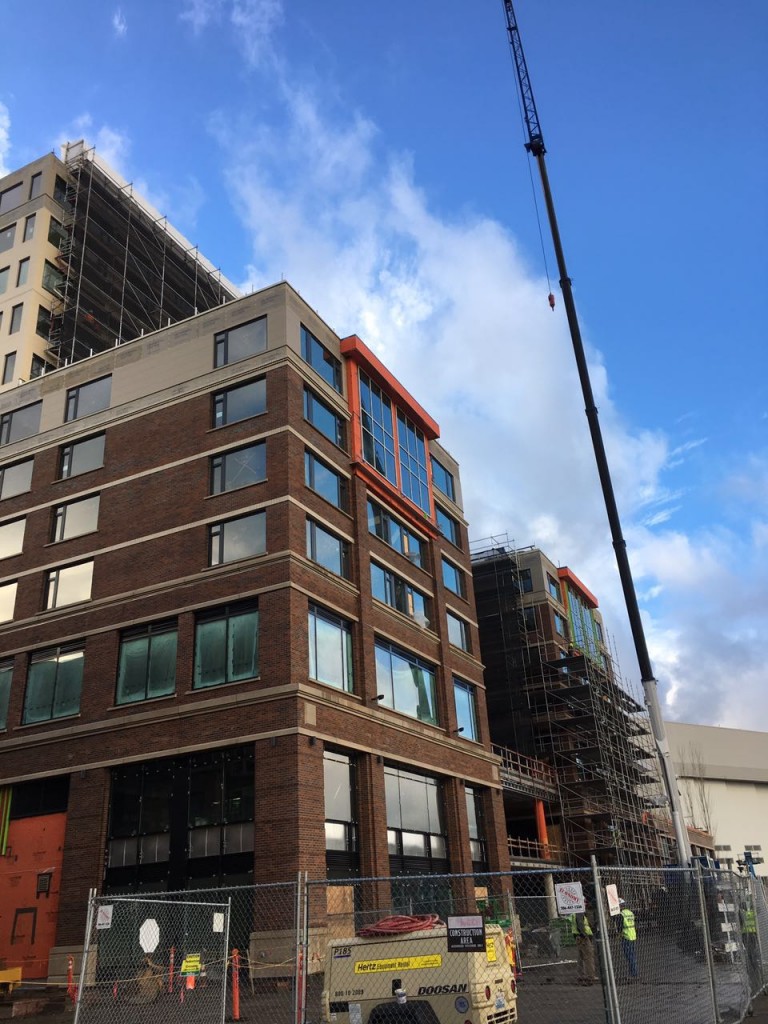 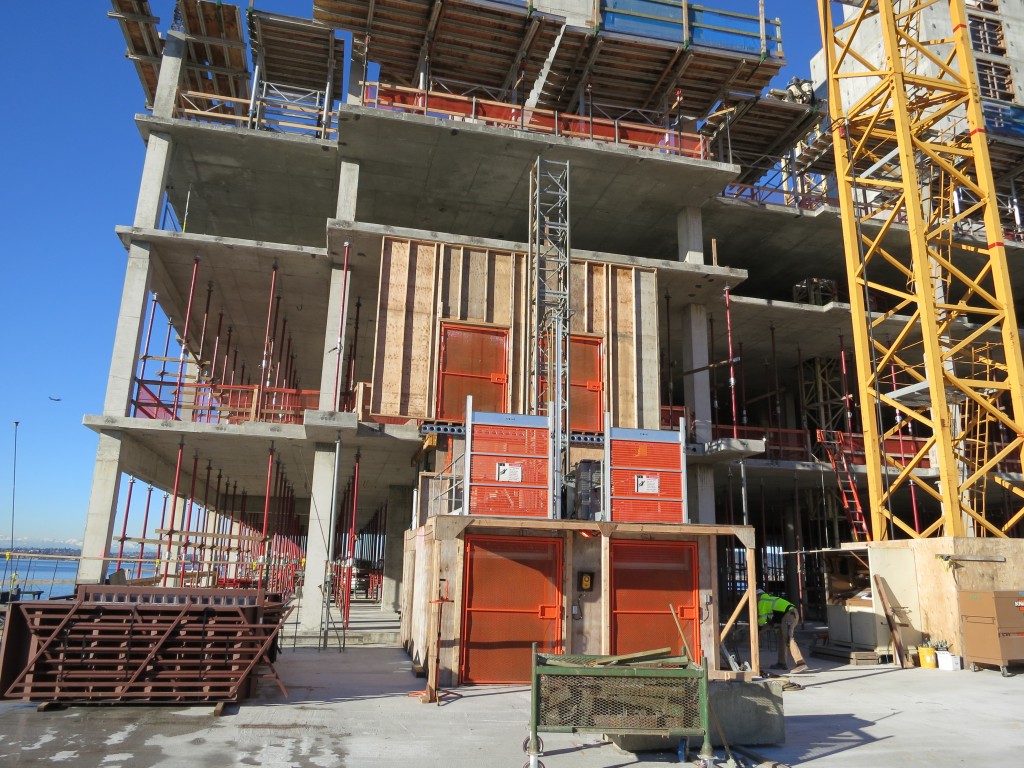 Interior to the building, elevator cab install continues this month with the majority of the elevator doors in place. At the podium levels, the Level 1 back of house kitchen hoods and infrastructure is ongoing with drywall being installed in most rooms. Drywall and MEP rough-in is nearing completion at Level 3 with painting to be completed by end of the month. The main ballroom ceilings have had diffusers installed and are on schedule to have wall cover start by early December. As was the case last month, the guestroom floors continue interior finish construction along with their associated corridors. Each level is in a different state of finish which includes drywall, painting, and tiling. Wall covering and interior shower doors have begun on Level 5. Level 12 is currently being framed with drywall to commence by early December.

Sitework at the north promenade and east roadway between the Hotel and existing Bristol apartment building is ongoing this month and will continue until mid-December. When complete, this will add enlarged sidewalks and enhanced landscape to link the Hotel to the waterfront. 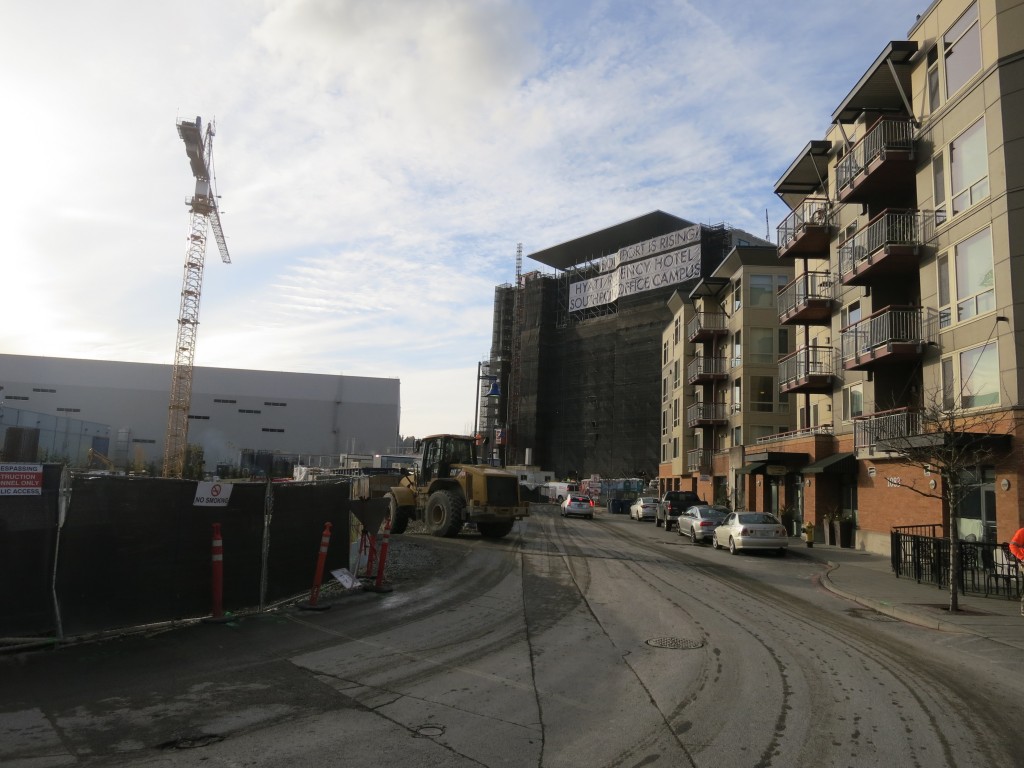 Office Construction Progress:
The remaining grout driven piles for Tower 3 were completed in early November and the pile driving rig has been moved offsite. This is a big milestone for the project as the pile caps and slab on grade can now commence in this area. The third tower crane is on schedule to be erected by the end of November to facilitate reach to the east side of the site. 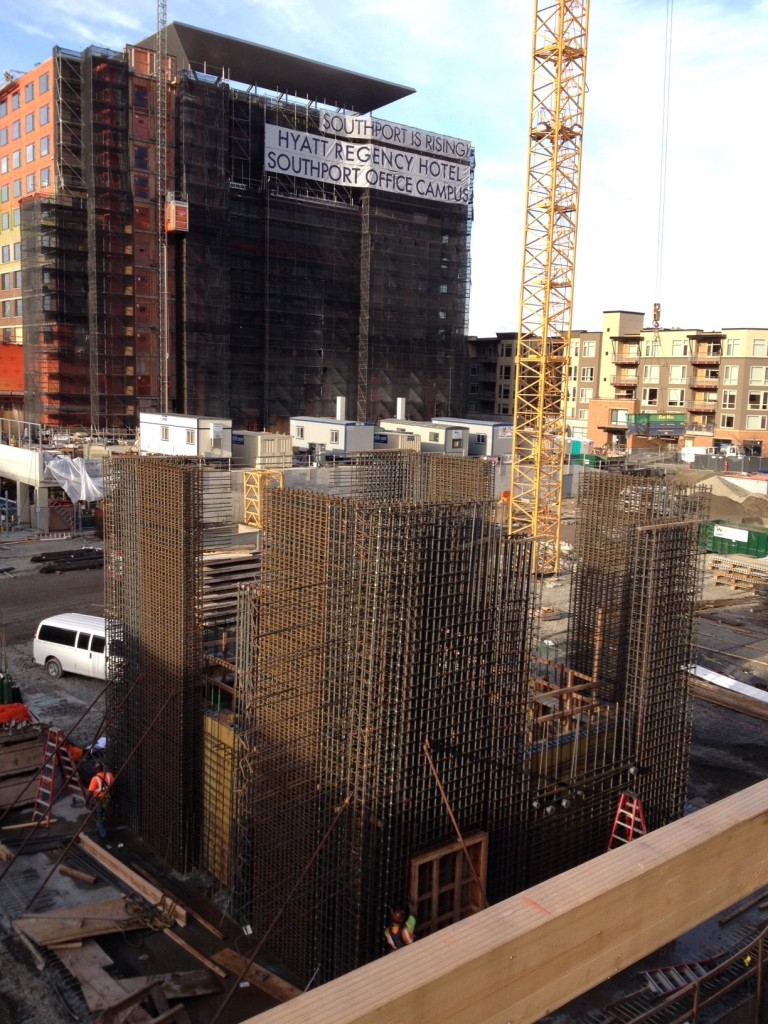 The elevated concrete decks for the parking structure are on track for completion in early spring. By the end of November, Levels P0 through P2 will be complete. Rough in for mechanical, electrical, and plumbing for the garage will follow towards the end of the year once the decks have had time to cure. In addition to the elevated parking decks, the shear walls for Tower 1 elevator pit and core are also being formed at this time. 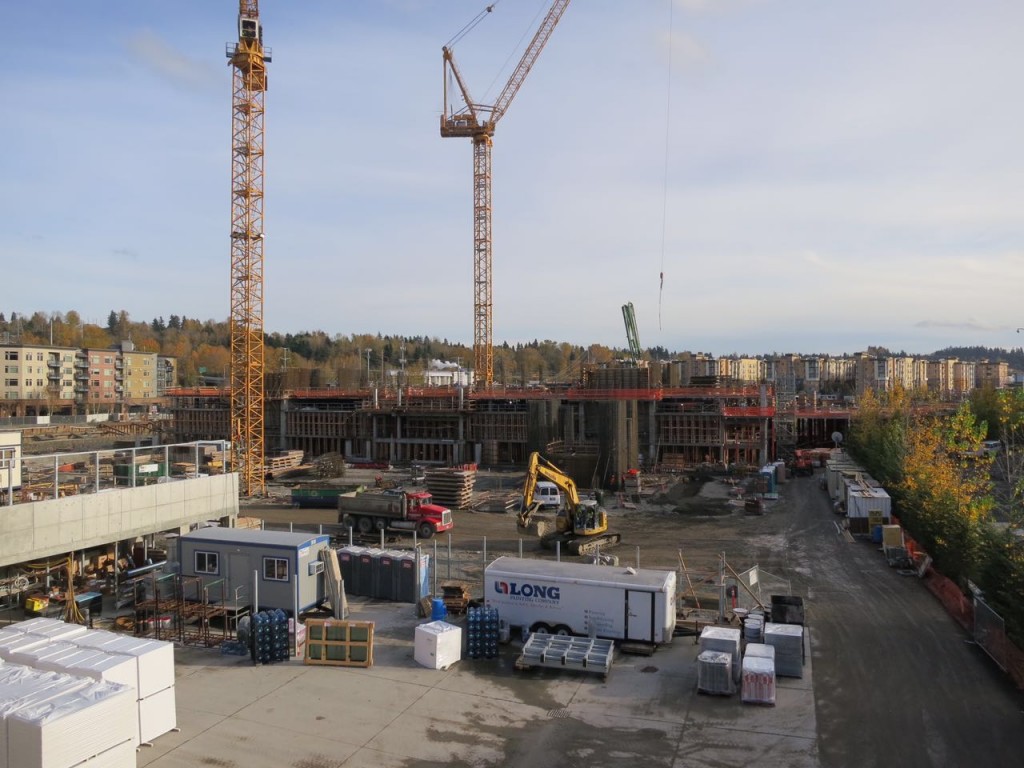 The Johns Creek bridge install has also continued this month along with Puget Sound Energy (PSE) work in the Lake Washington Boulevard right-of-way. The PSE work includes boring under the BNSF railroad tracks in order to underground the power for the Office project. The remainder of the Johns Creek bridge work which includes the railings, signalization, and landscape restoration will be ongoing until early December. 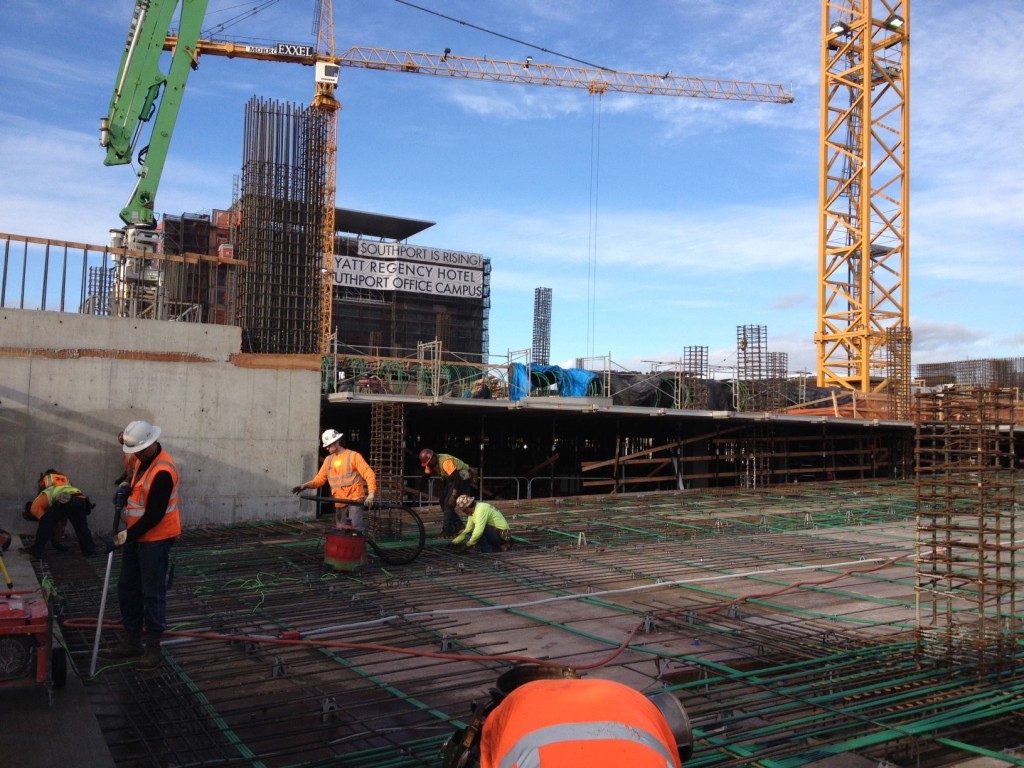 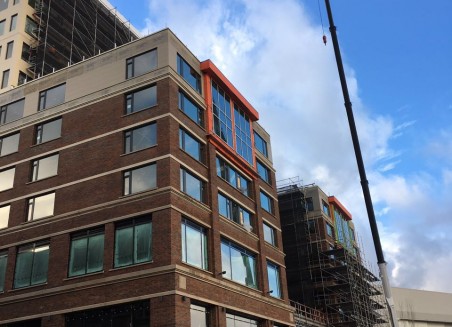