Exterior construction continues around the outside of the building with scaffolding in place.  This includes insulation and support for the composite siding.  Most of the weather barrier, exterior sheathing, brick, and precast is complete.  The plank scaffolding will start to come down at the end of the month to provide better access for finishing the exterior while swing stages will be used from the roof for continued access at higher elevations.  The roof hat sub-structure and decking is complete along with window install for the building.  At the exterior JR ballroom, the metal soffit panels are complete and the mechanical screen on the south side is going up.  The tower crane was successfully removed in mid-October.  With that, structural work has begun to fill the slab where it was removed. 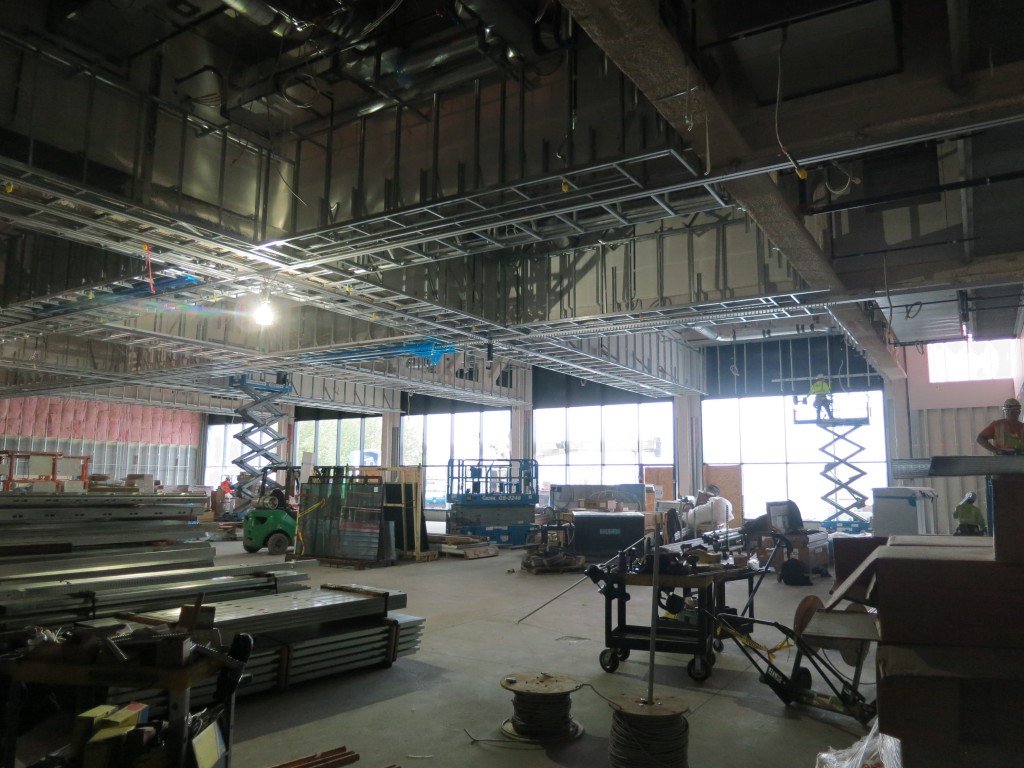 Interior to the building, both the elevators and laundry chute have started install this month.  The laundry chute is near completion and elevator doors and fronts are beginning to be installed.  At the podium levels, the Level 1 back of house kitchen coolers are in along with most of the drywall.  Levels 2 and 3 continue with MEP coordination with areas of drywall being completed so that finishes can begin.  Ballroom ceilings are nearing completion as well.  Wall cover and finish is anticipated to start in these spaces by the end of November. The guestroom floors continue interior finish construction and are in various stages of completion as well.  Levels 4, 5, and 6 have all systems rough-in complete, drywall installed, and tiling complete.  Vanity install at Level 4 in the bathrooms will begin in November.  Levels 6, 8, and 9 are framed with drywall complete and tiling continuing through the end of October.  Levels 10, 11, and 12 have framing and rough-in complete with drywall to be completed by the end of the month. 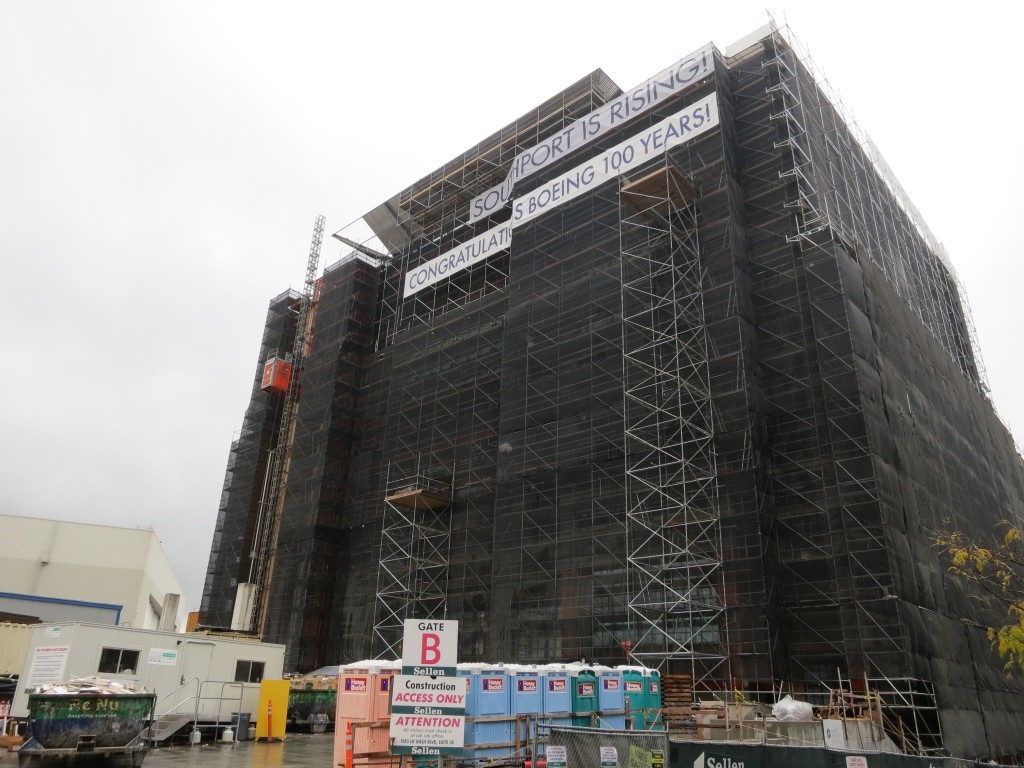 Sitework at the north promenade and east roadway between the Hotel and existing Bristol apartment building has begun.  This work involves some additional underground utility work along with new roadway, sidewalks, and planting. 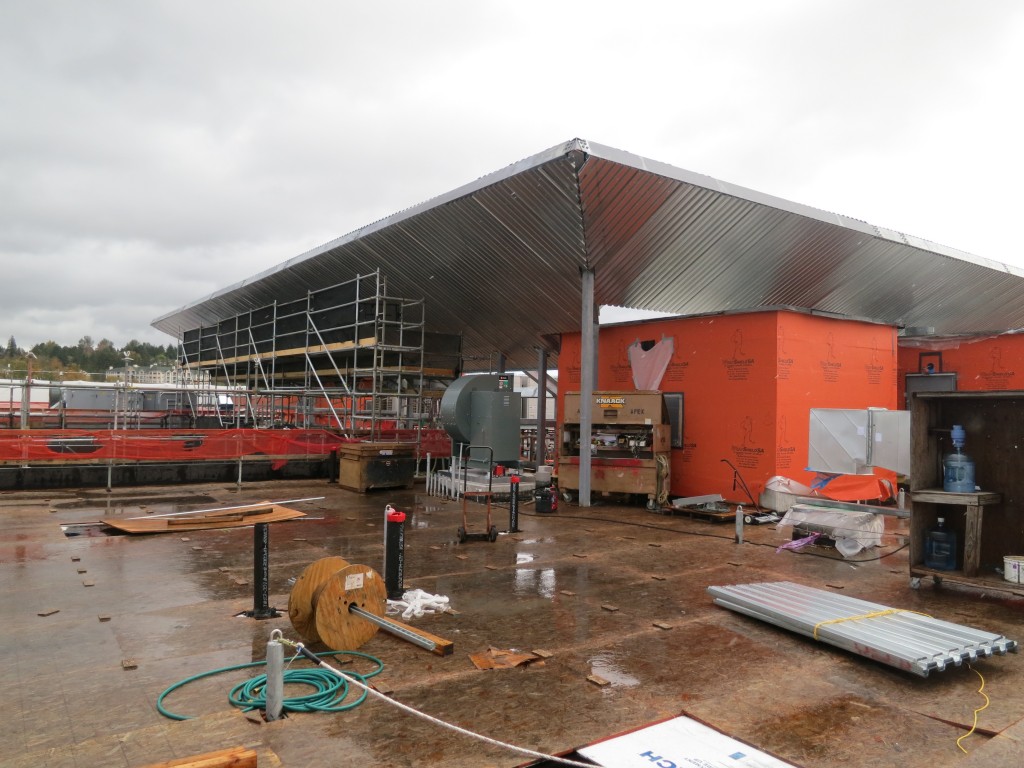 Underground improvements are complete across the entirety of the site which includes utility install, earthquake drains, and demolition.  The grout driven piles are on schedule to be complete by the beginning of November.  The third tower crane will be erected mid-October along with jumping up the second tower crane to its max elevation now that the Hotel tower crane has come down.  These two crane swings will no longer be in conflict. 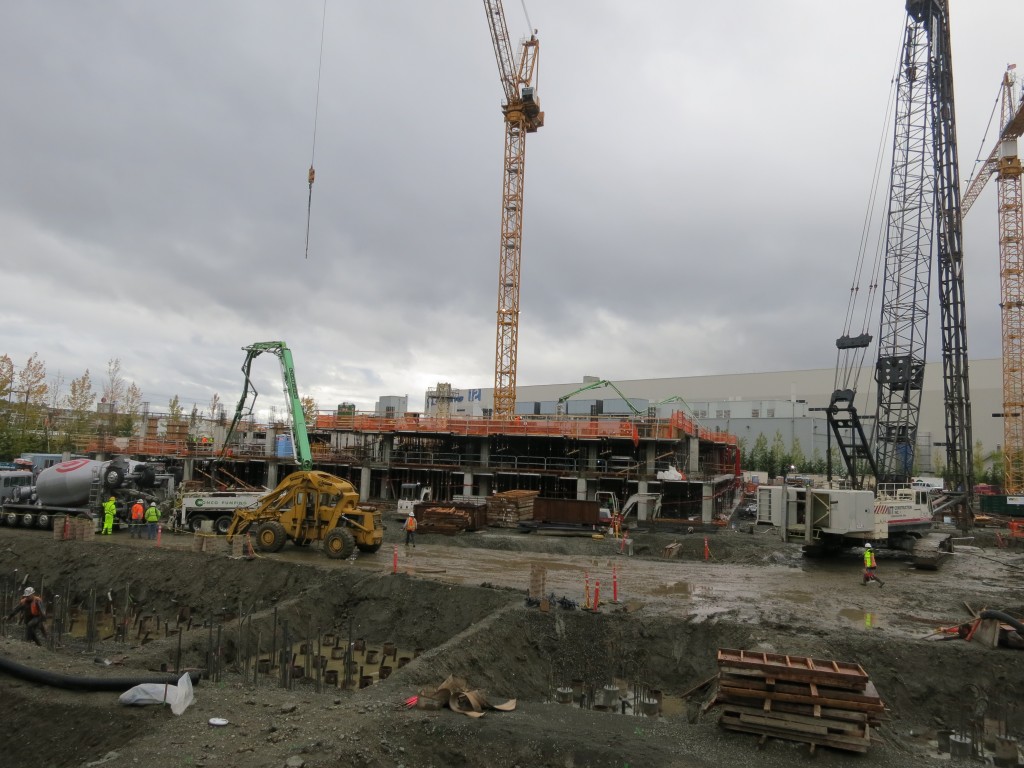 The elevated concrete deck for the parking structure are on track for completion in early spring.  To date, the level P0 and P1 decks along with the connecting ramps have been poured and finished.  Level P2 will be complete by the end of October along with the forming of the initial elevator pits.  Rough in for mechanical, electrical, and plumbing for the garage will follow towards the end of the year once the decks have had time to cure. 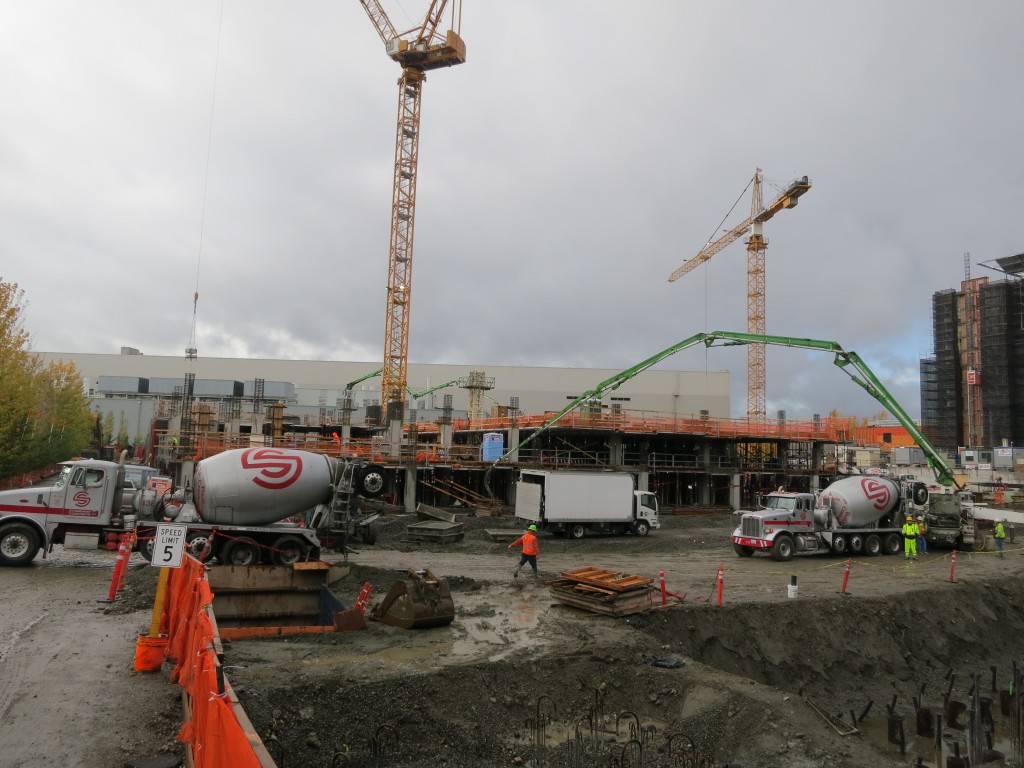 The Johns Creek bridge install has also continued this month.  Underground conduit and vaults for future power connections to the Office project were completed in early October.  The concrete bridge barrier and railing along with finished sidewalks and landscape restoration will be ongoing through project completion at the end of November. 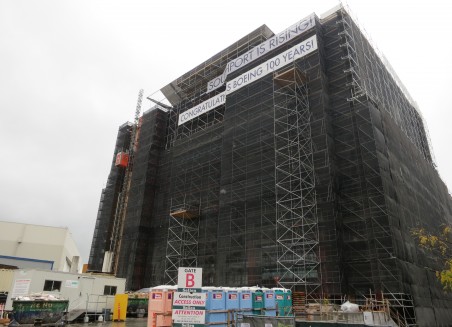