Happy New Year!  There is much excitement as the Hotel pushes towards opening in June of this year.  Exterior construction is nearing completion.  Most of the cementitious panel siding has been installed and subsequently, the large accent bands of cornices are starting to go in along with the metal panel lanterns at the upper levels.  The remaining plank scaffolding along the south elevation will be down by the end of January.  The last of the large steel structural members were erected in early January for the porte cochere canopy with roofing and finishes to follow in early February.  The porte cochere concrete planters at the main entry are also being formed with foam insulation and then final paving to also follow in the coming month. 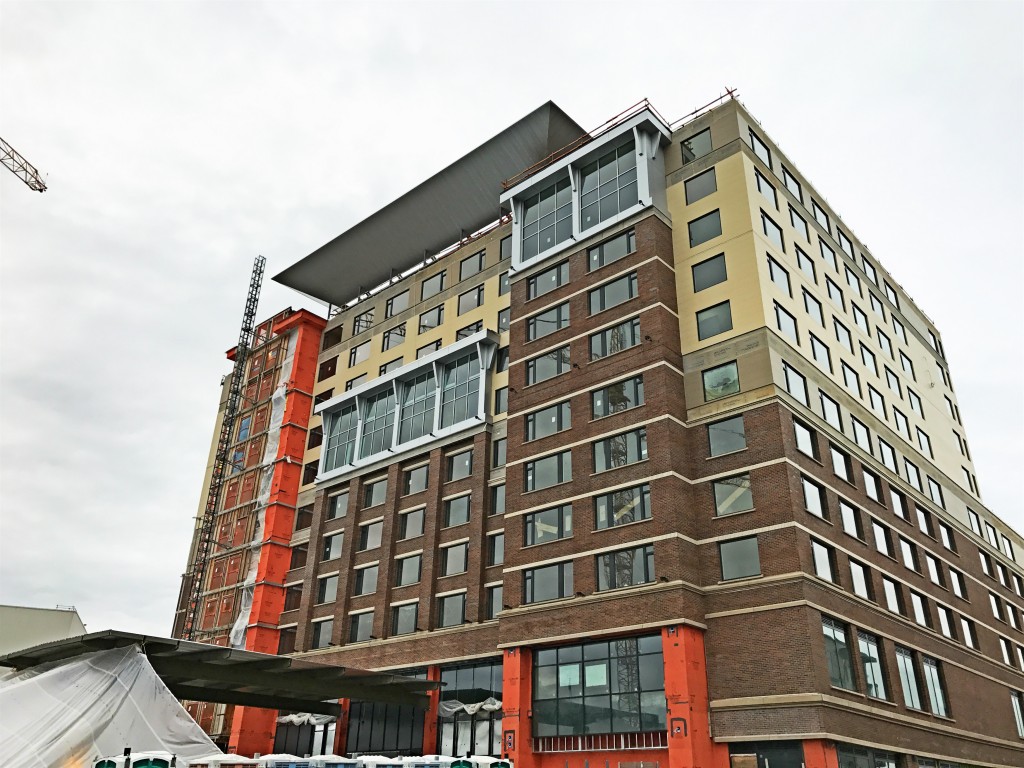 Interior to the building, elevators are still on track to be complete in early spring with most of the cars already installed and elevator fronts and finishes going in now.  At the podium levels, the Level 1 back of house kitchen flooring and wall covering is currently being installed with additional interior finish being completed at both the fitness area and employee offices along with the pool.  Kitchen equipment in the main kitchen area is also going in starting this month.  The public restrooms for the three podium levels have tile complete with toilet partitions, fixtures, and lighting being installed currently.  The banquet rooms and corridors at Level 3 have been painted and are ready for interior flooring and trim once custom casework has been installed.  In the main ballroom, the last of the ceiling coordination is complete with wall board and finishes up next. 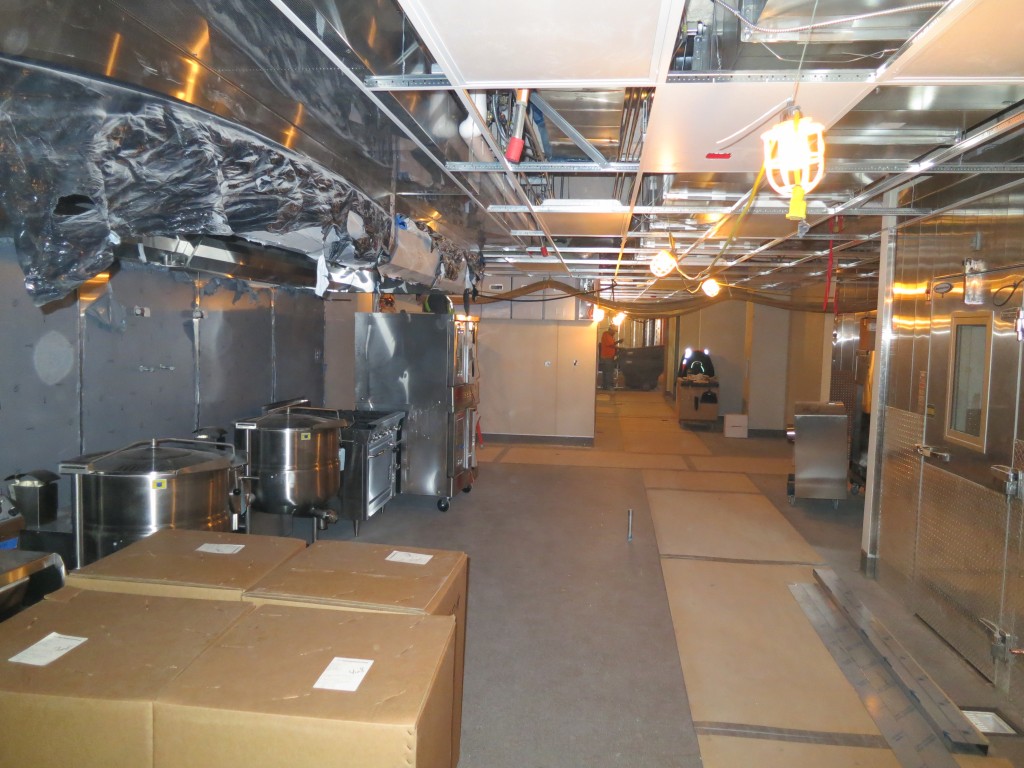 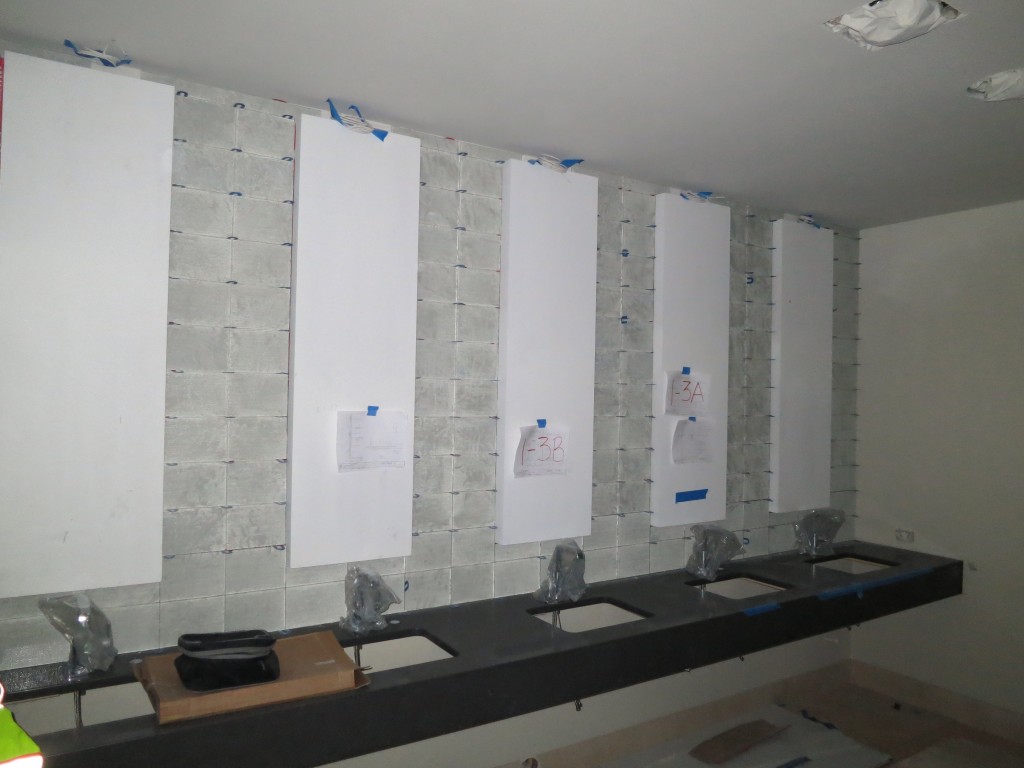 The guestroom floors continue interior finish construction with each level in a different state of finish going up the Tower.  The lower guestroom floors have tiling and walls complete with bathroom fixtures and vanities being installed.  The upper floors are not far behind with carpet and paint to follow prior to furniture install commencing in early spring. 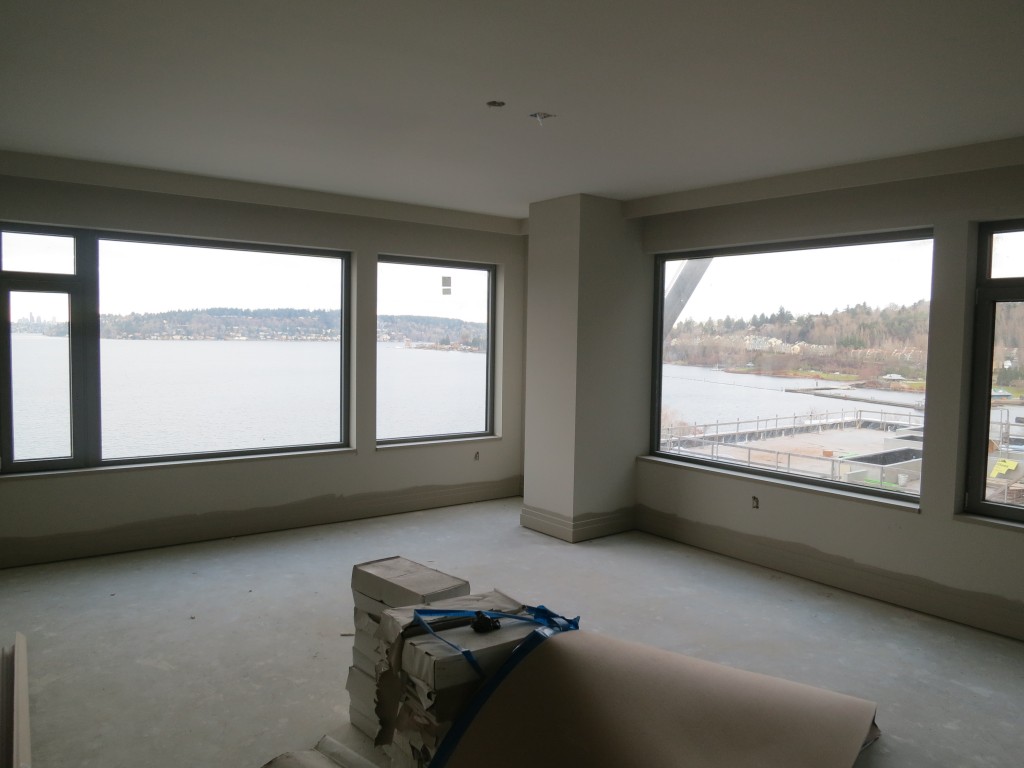 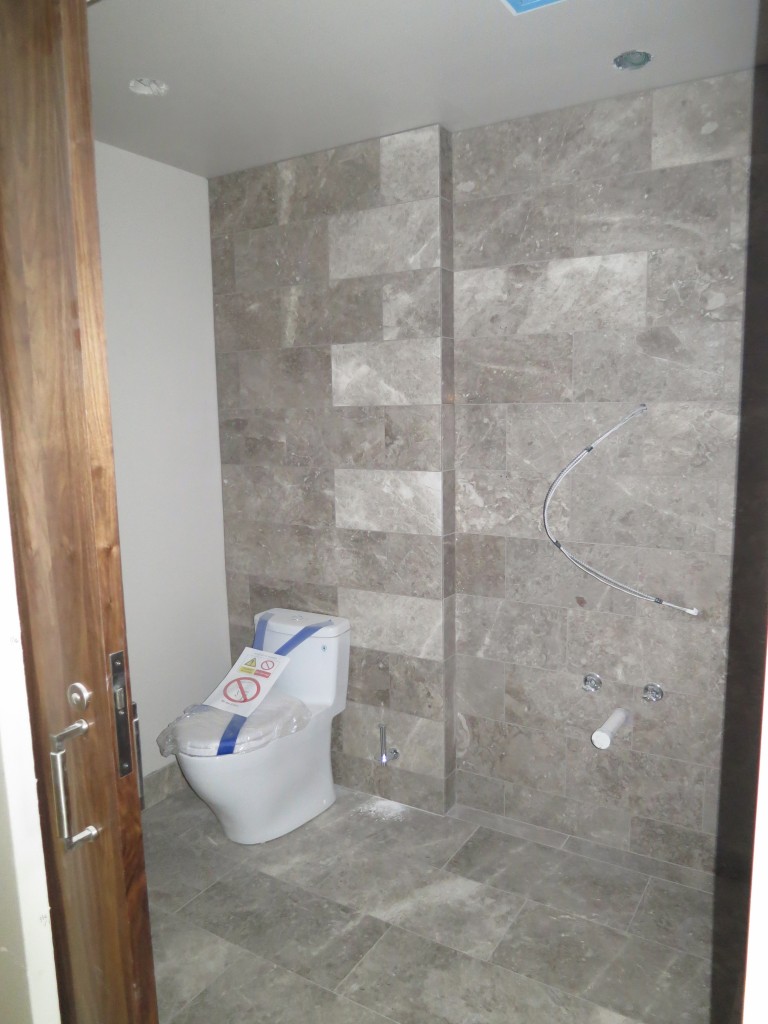 Paving at the waterfront promenade has begun with a concrete main walkway and then accent pavers to complete the promenade.  The sitework at the east roadway adjacent to the Hotel has been ongoing this month as well.  This work will be complete with new curbs, sidewalks, and landscape by the end of January providing the link between the waterfront and the hotel entry. 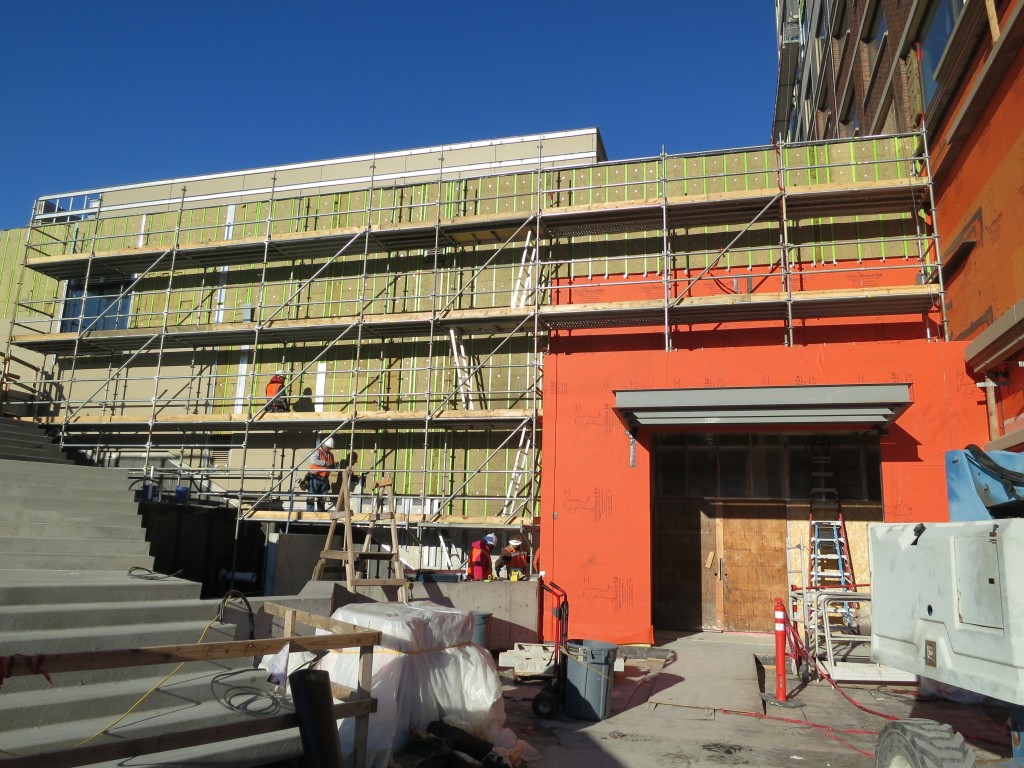 The elevated concrete decks for the parking structure continue this month.  Levels P0 through P4 are complete for Building Tower 1 and Building Tower 2.  Level P5 will begin forming and pours by the end of January.  The precast panels, which are the exterior skin for the garage, have started install at the south elevation.  At Tower3, pile caps are ongoing.  Rough in for mechanical, electrical, and plumbing for the garage has begun at Level P0 as the reshoring has started to be removed. 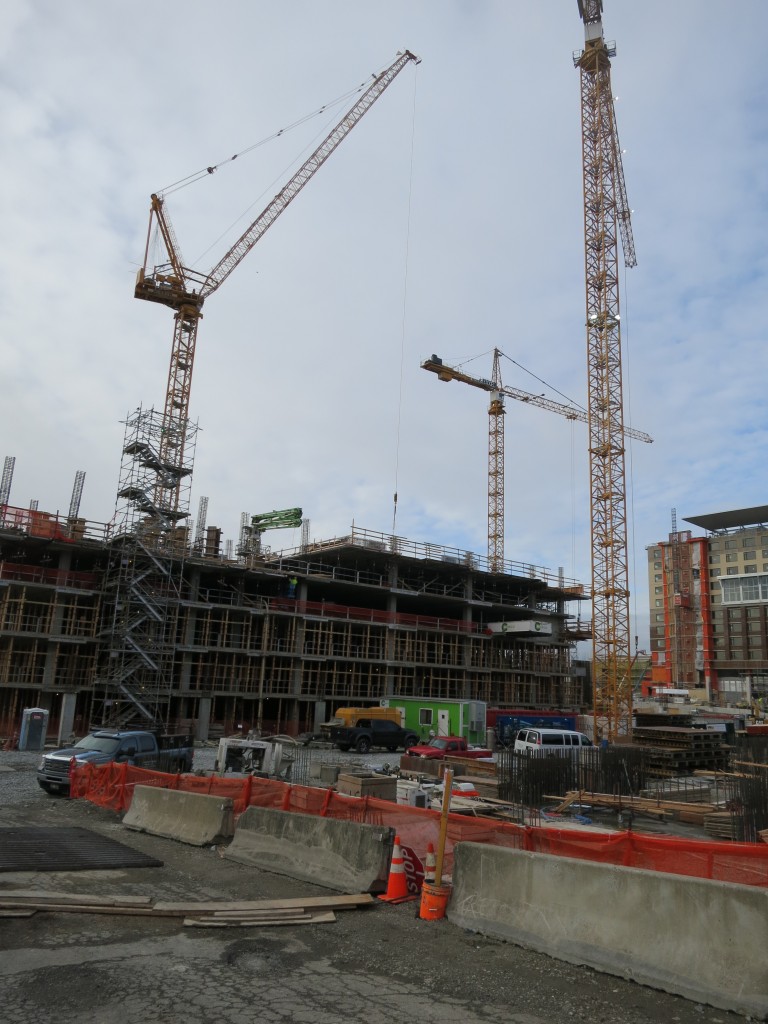 The Johns Creek bridge install has also continued this month with additional site work, curbing, paving, lighting, and landscape.  This work is scheduled to be complete by mid-February with four lanes of traffic for ingress/egress to the Southport site. 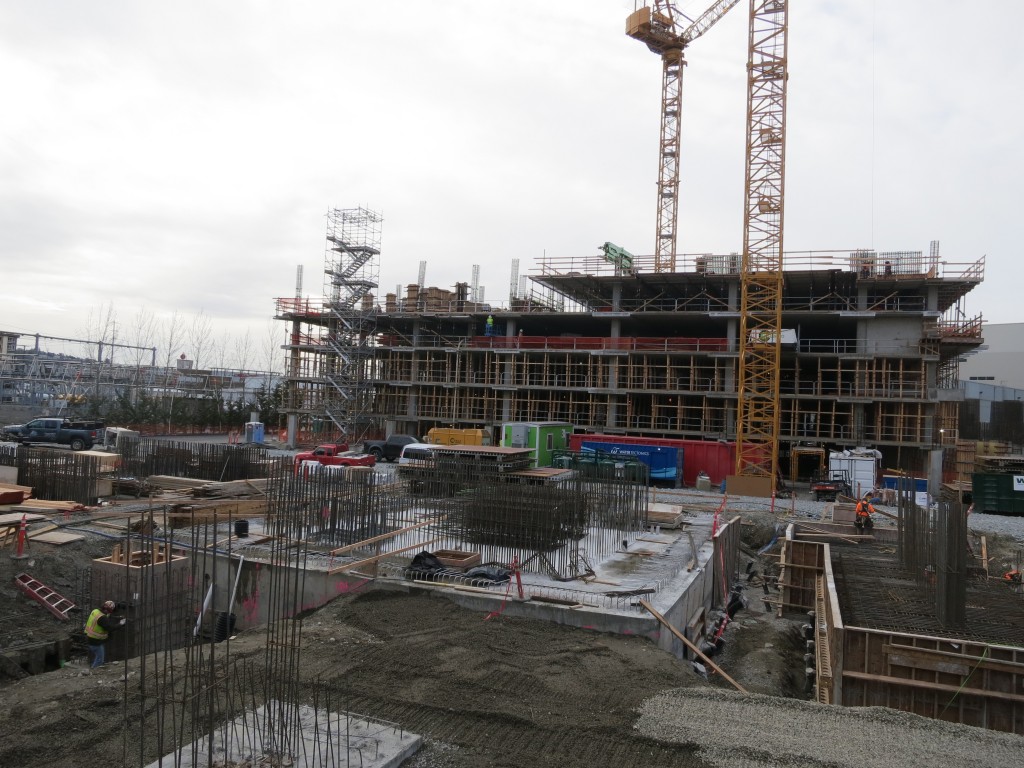 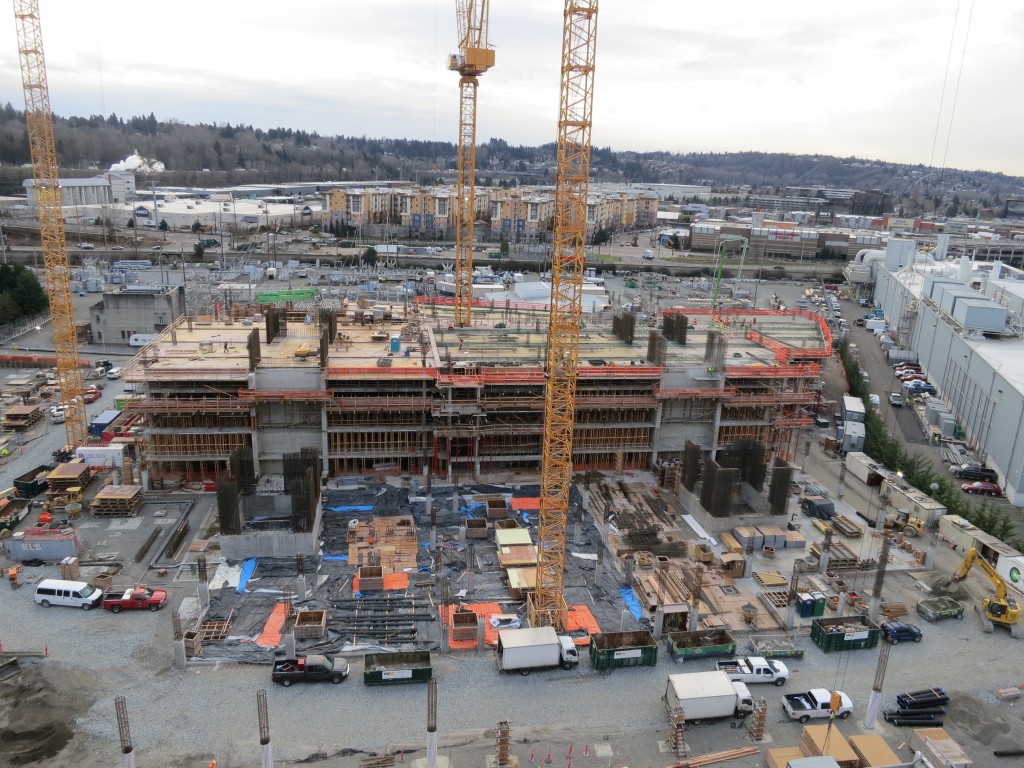 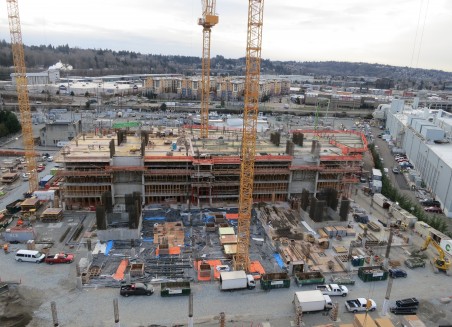