Level 2 through Level 11 of the elevated concrete decks have been completed to date with the roof still on schedule for the middle of May. The concrete has been poured on the metal decks over the steel structures at the ballrooms and fireproofing is next up at the end of the month. Work along the waterfront is ongoing as new utilities are being installed beneath the promenade to provide water, power, and sewer to the docks with decorative pavers to follow. Additionally, site concrete is also being poured at the loading dock with the completion of underground utilities and power in this area. Support for decorative screening at the service areas has also been installed.
Exterior building enclosure is progressing from the north elevation to the east elevation, clockwise around the building. To date, this includes work at Levels 1 through 3 with exterior framing, weather barrier, and sheathing. Building scaffolding has also been erected to facilitate the precast cornice and brick installation as part of the exterior enclosure. Interior to the building, wall framing has begun on Levels 2 through 4 as well as finishing of the electrical rooms on each floor.

Mechanical, electrical, plumbing, and fire sprinkler rough-in is ongoing and substantially complete at Levels 2 and 3 where interior framing has begun. Carriers and piping for the common bathrooms on Levels 2 and 3 have been installed. At the guestroom levels, the mechanical VRF units for the heating and cooling systems continue to be installed along with the ducts and piping associated with these systems. 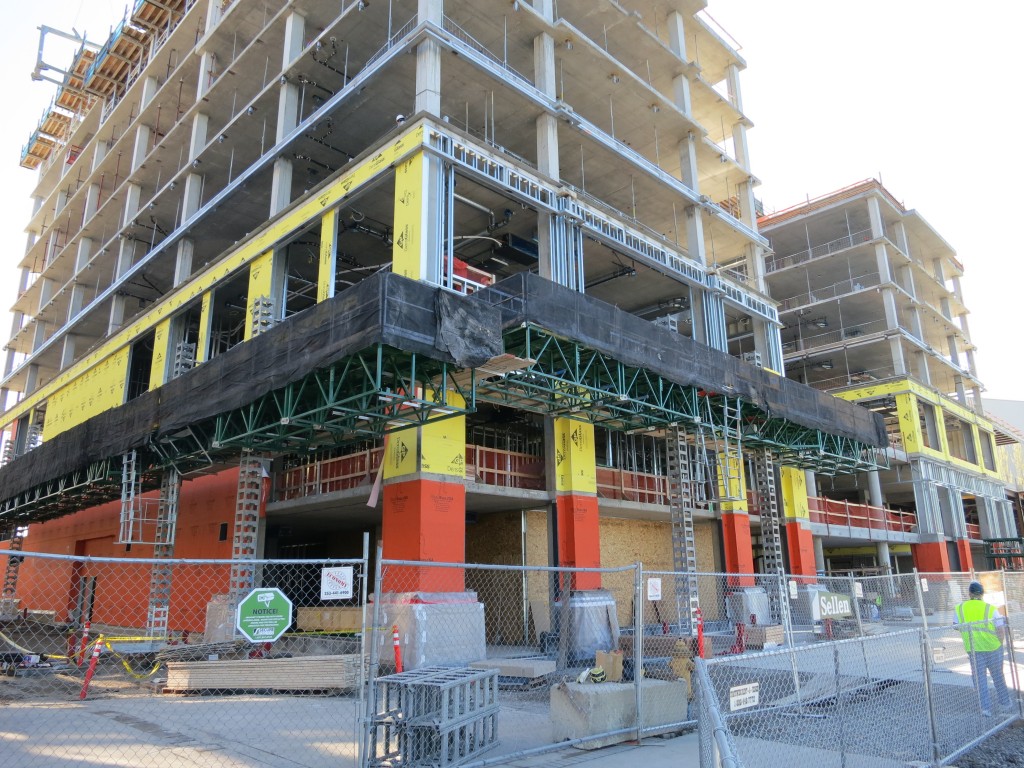 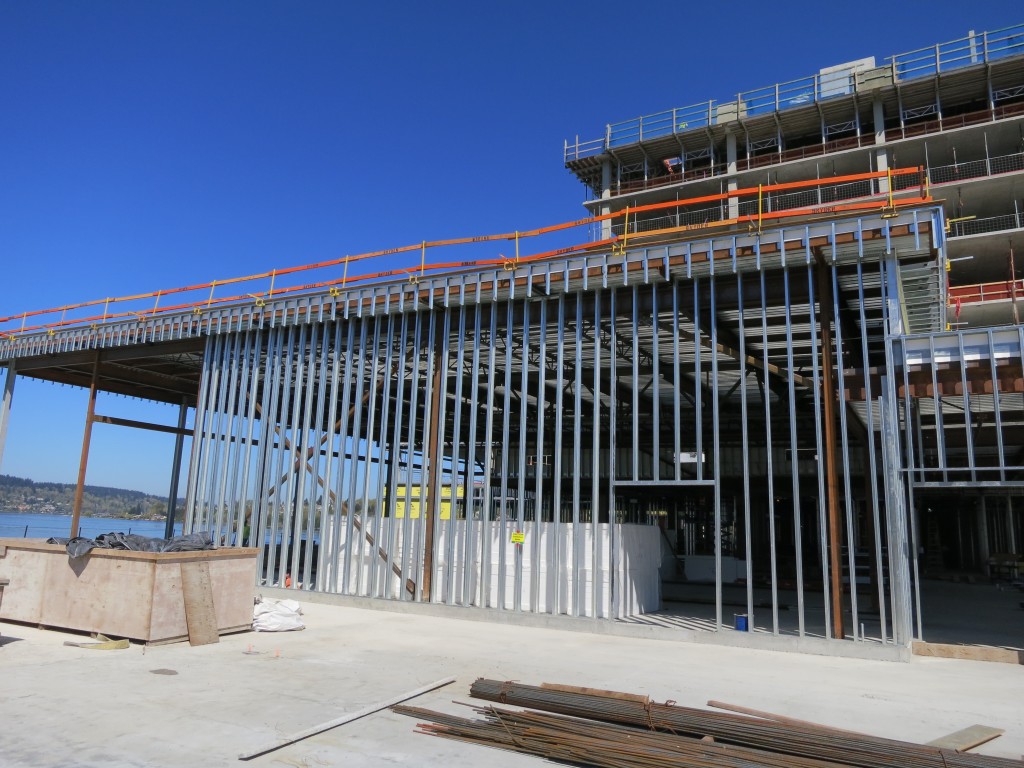 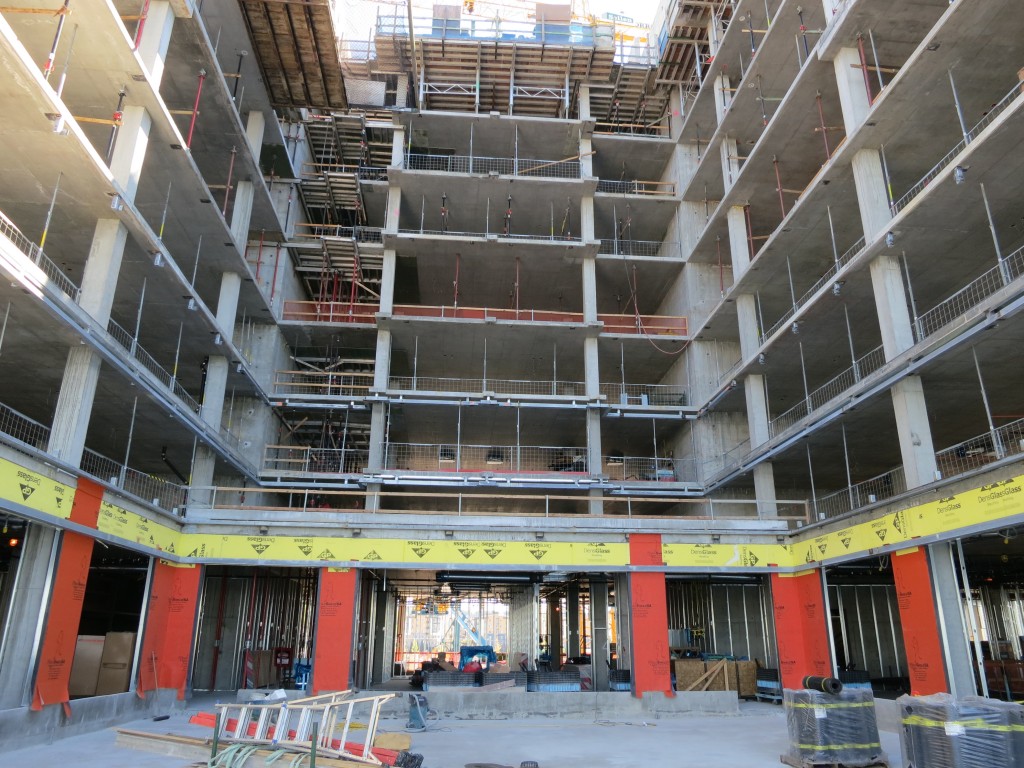 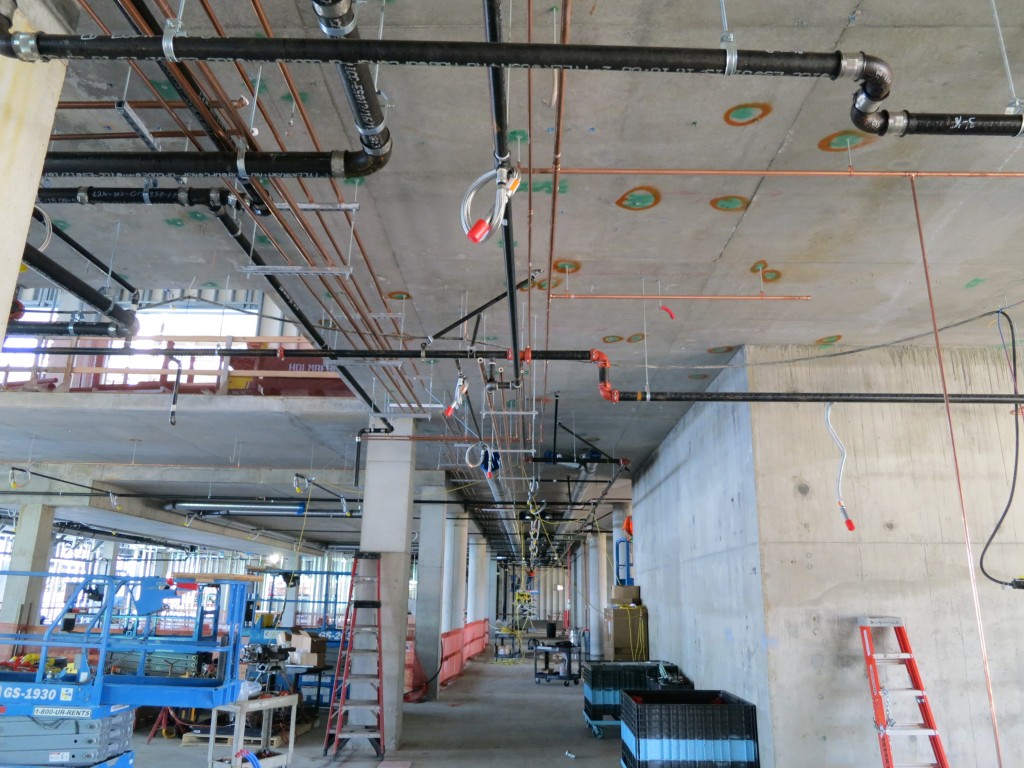 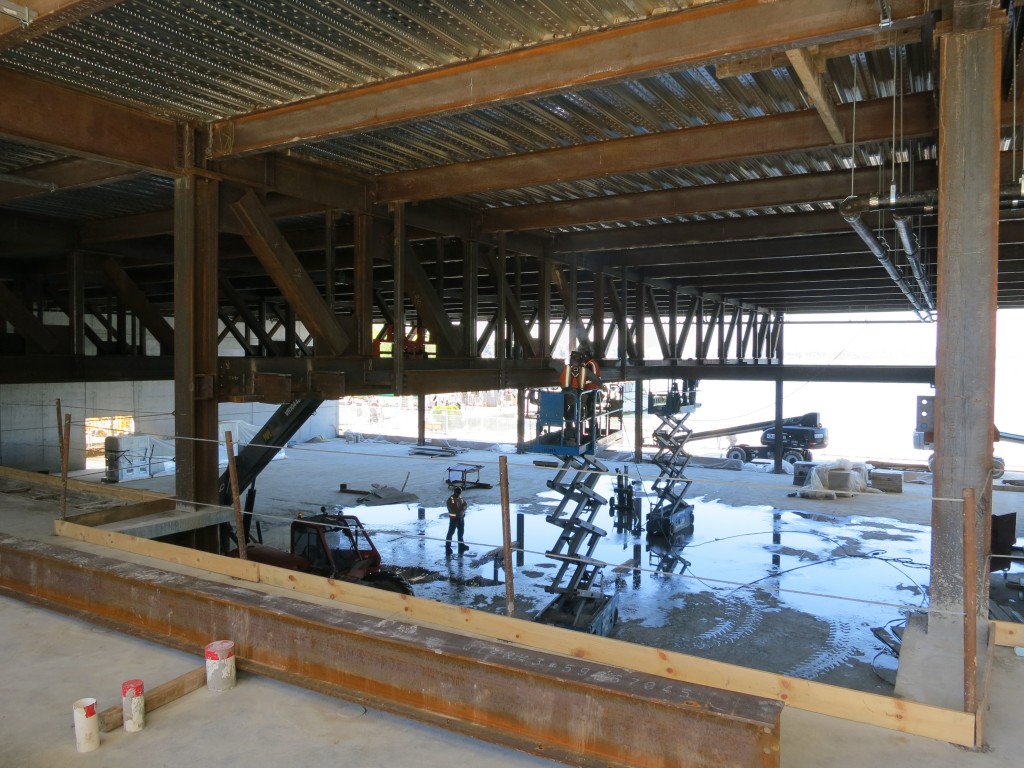 Underground improvements and earthwork continue at the Office site. Demolition and jack hammering of the existing foundations from the old Shuffleton power plant is ongoing. Around the perimeter, sheet piling continues to be installed along with the earthquake liquefaction drains. Sheet piling is on schedule to be complete by mid-April. The dewatering wells have been installed to maintain dry site conditions for the installation of the grout piles which began late last month and will be ongoing through the summer. Temporary power has also been set up for the site while connections for the underground utilities are scheduled to begin at the end of the month. 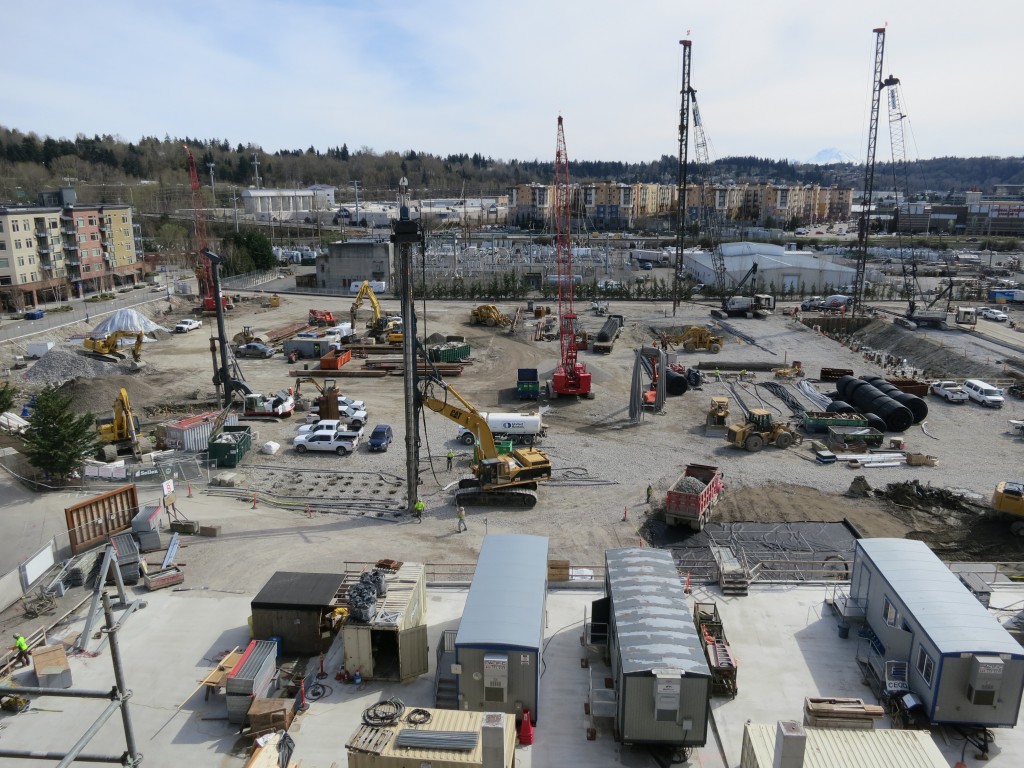 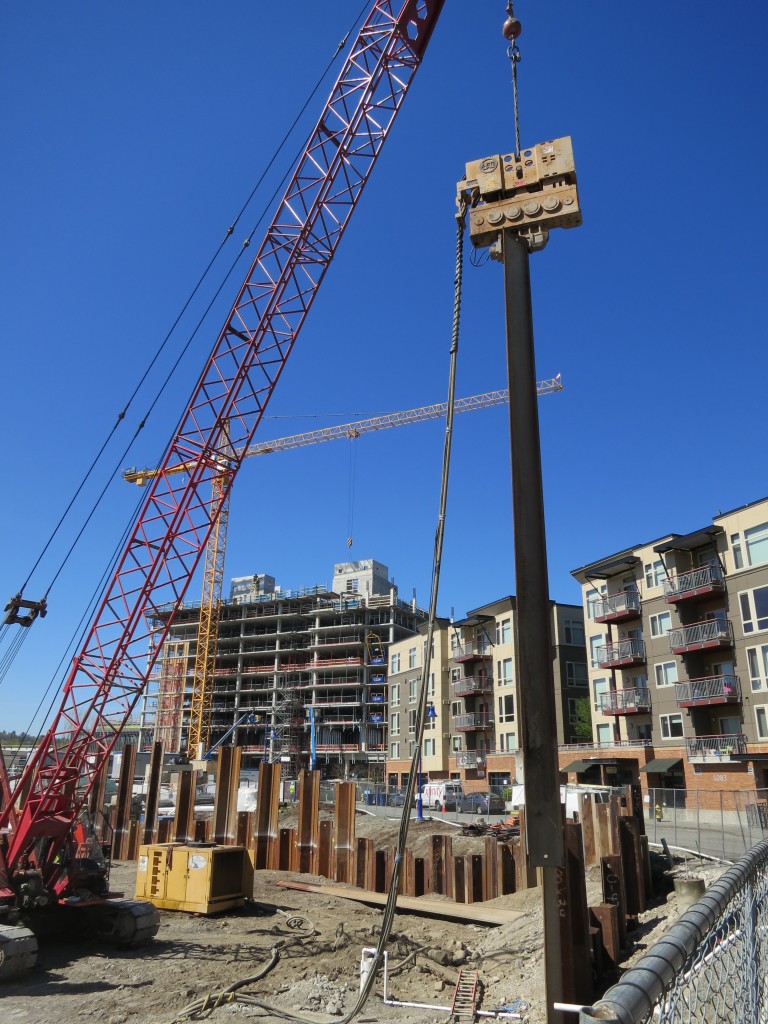 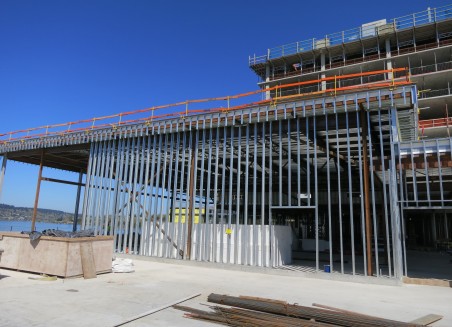