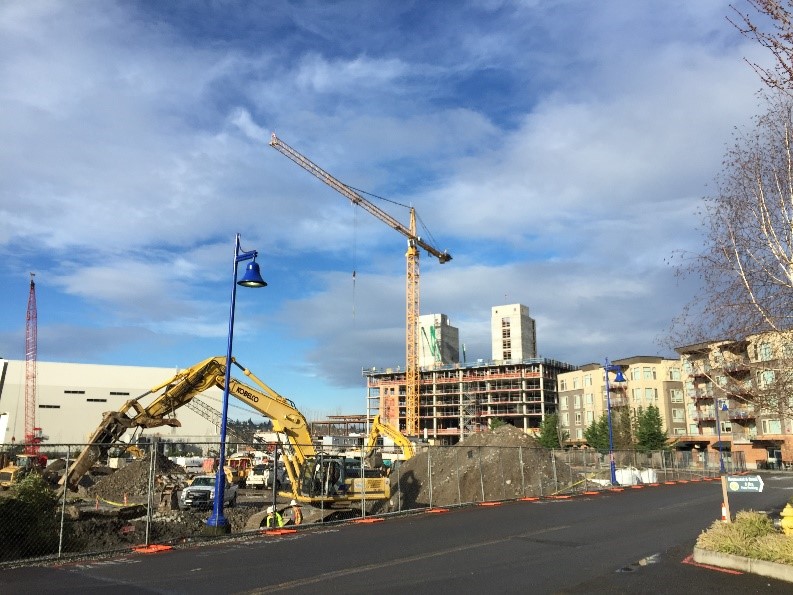 Hotel Construction Progress:
Level 2 through Level 7 of the elevated concrete decks have been completed to date with topping out of the concrete decks on schedule to be complete in May of 2016. The exterior man-lift elevator is complete and operational to level 5. 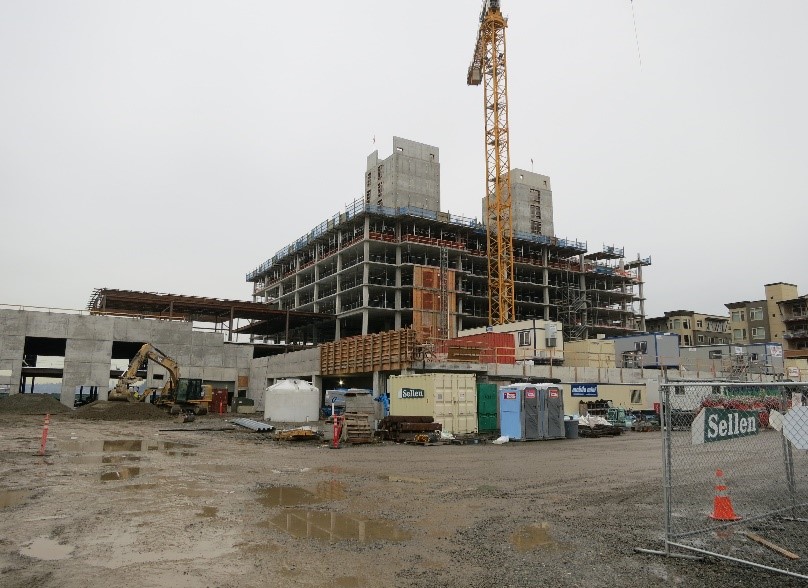 Mechanical, electrical, and plumbing rough-in is ongoing as the concrete decks continue to be poured moving up the Hotel. VRF units for the mechanical heating and cooling systems as well as plumbing and fire sprinkler pipes are being installed at level 3. The main transformer for building power was delivered in early February and expected to be energized in late Spring. 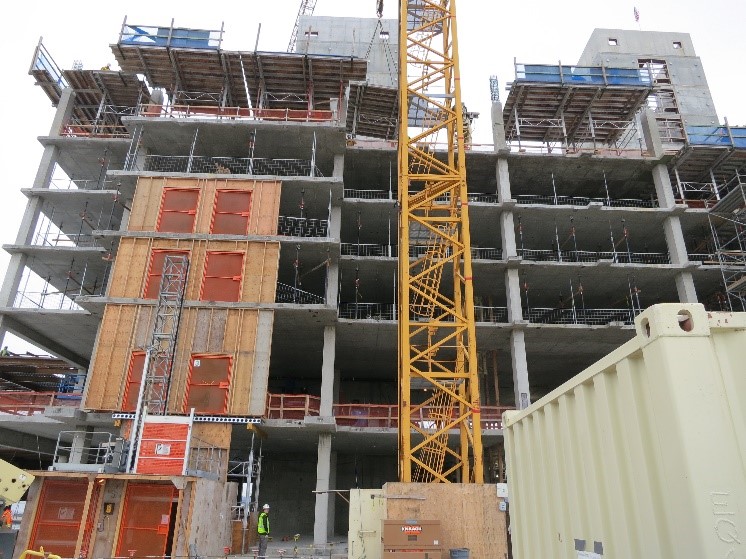 The steel structure for the main ballroom and JR ballroom are near completion with metal decking for these floors being installed currently. Steel supports for the exterior brick cladding has begun at level 1 and will continue up the building followed by the install of the decorative precast concrete, cornices, and metal trim. 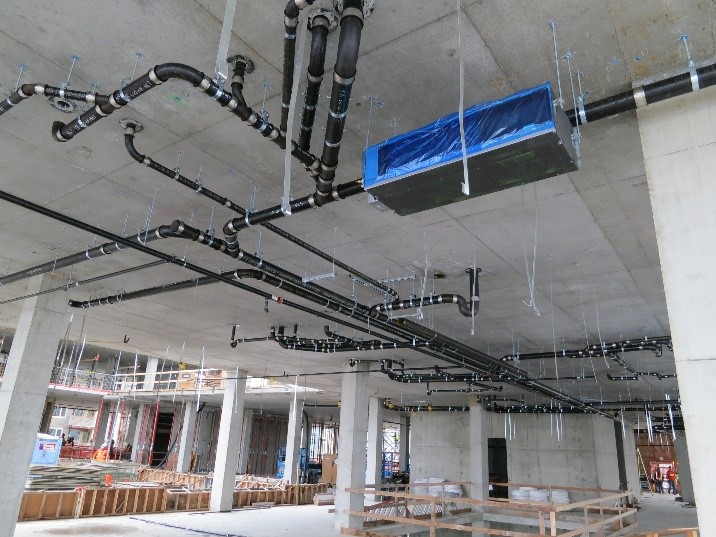 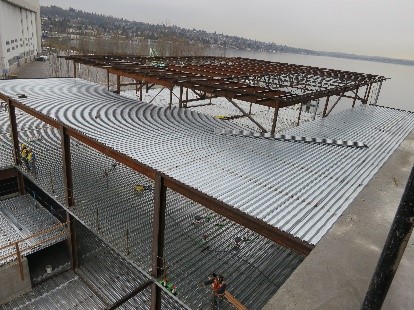 Office Construction Progress:
The Office at Southport kicked-off official construction at the end of January! Site clearing and grading is ongoing. Test piling for the building’s foundation support system is complete and therefore underground improvements have started which include the installation of the earthquake liquefaction drains and sheet piling. 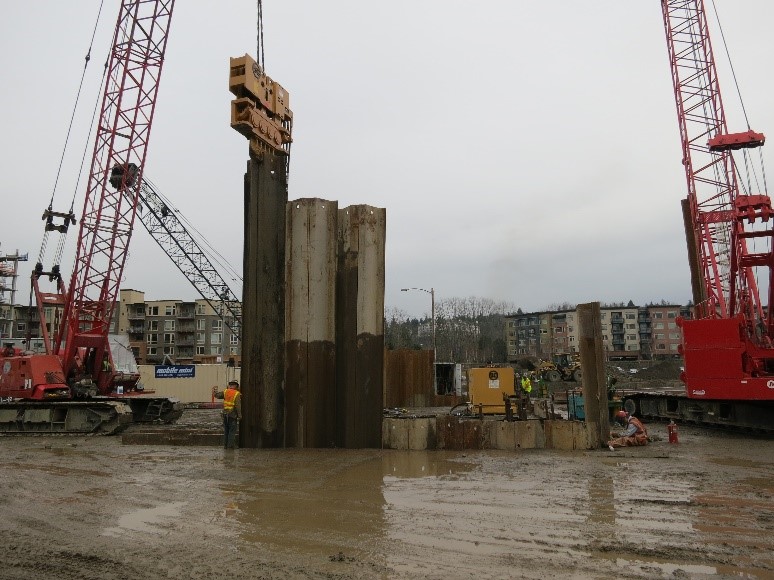 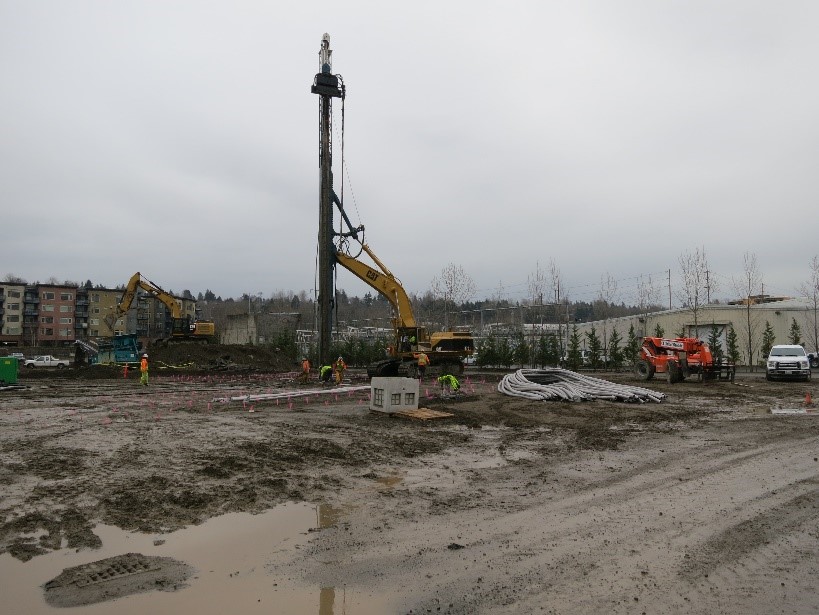 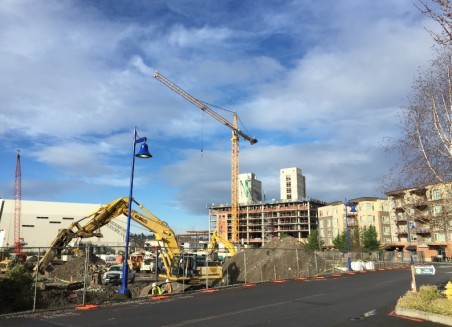