Hotel Construction Progress:
Level 2 through Level 9 of the elevated concrete decks have been completed to date with topping out at Level 12 scheduled for May of 2016. The interior steel stair at the west core is complete to level 4 and the steel stair at the east building exit is beginning to be constructed. Work along the waterfront has also begun which includes the construction of a thickened concrete slab for fire truck access and decorative concrete topping to tie into the existing promenade to the east. 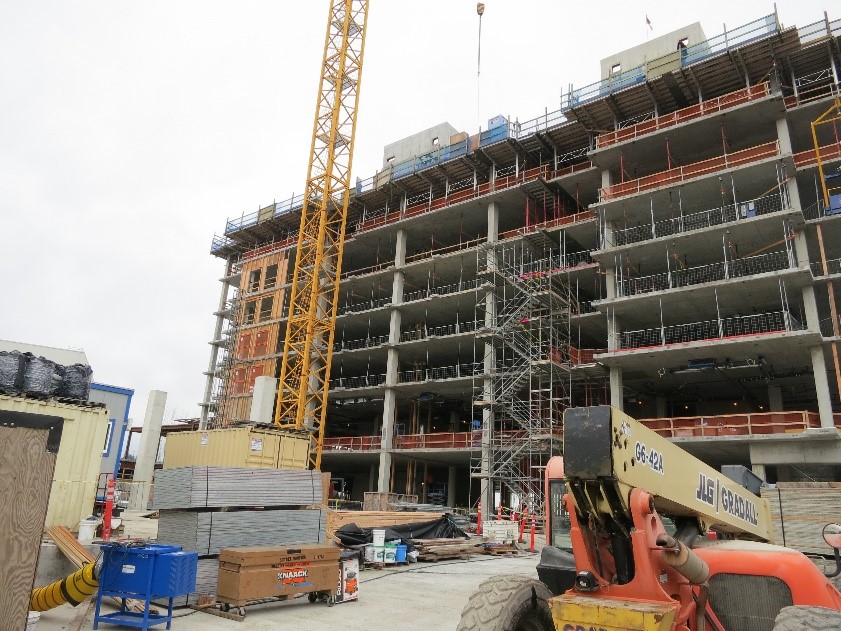 Mechanical, electrical, and plumbing rough-in is ongoing as concrete floors continue up the building. At the podium levels, the VRF units for the mechanical heating and cooling systems are being installed along with the ducts and piping associated with these systems. 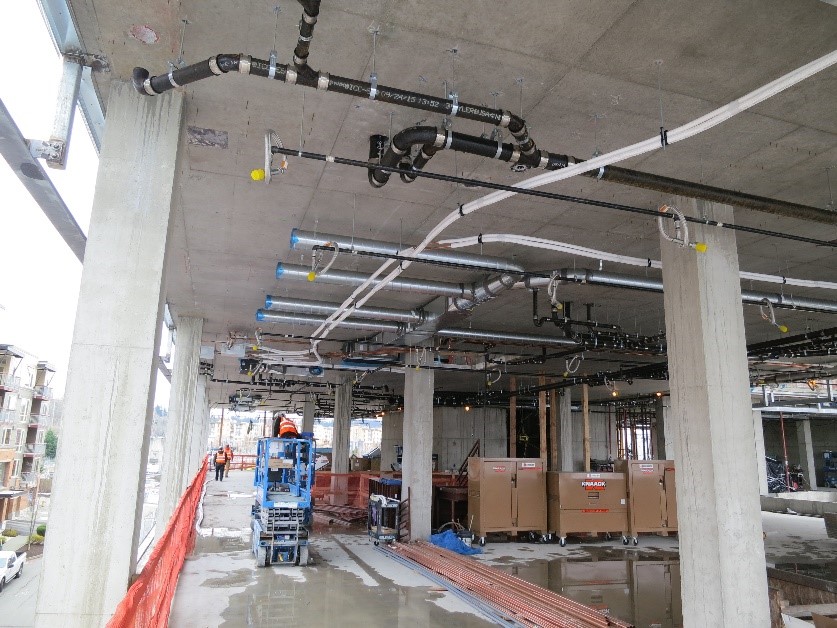 At the guestroom levels, starting at Level 4, the waste piping and VRF units are beginning to go in as well. 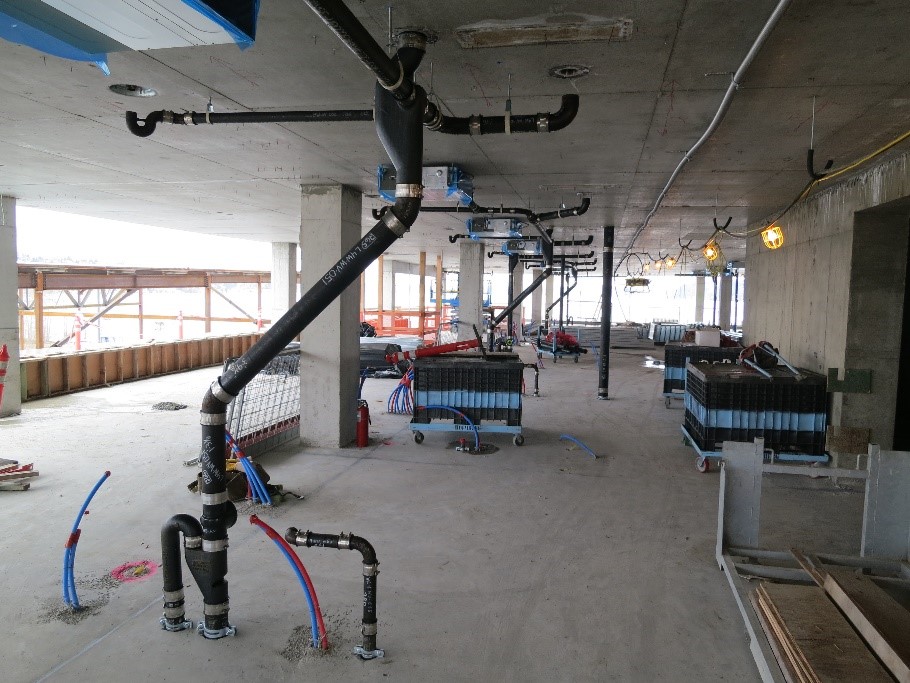 Exterior closure work is progressing at Level 2 and Level 3 with exterior wall framing and steel supports for the brick cladding. In conjunction with the support system, the exterior weather barrier, flashings, and trim install is ongoing and will continue up the building followed by the install of the decorative precast concrete at the columns and storefront glass. Scaffolding is expected to be in place next month to continue with the exterior skin above Level 4. The exterior man-lift elevator is complete and operational to level 6. 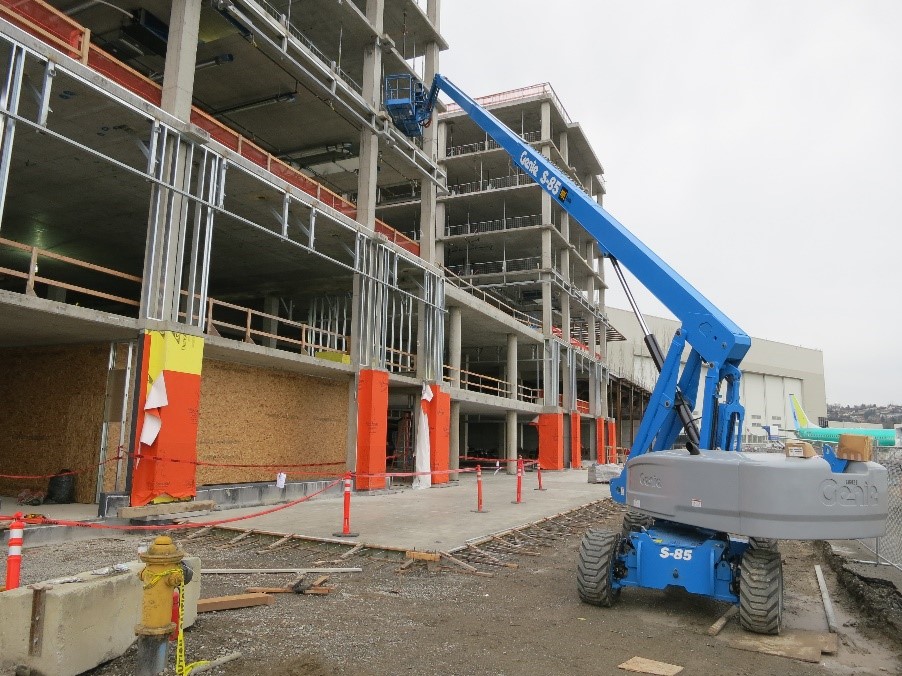 Office Construction Progress:
Site clearing and grading is ongoing along with an increase in activity for underground improvements. These includes the continued installation of the earthquake liquefaction drains and sheet piling. Coupled with the sheet piling, the dewatering wells are being installed around the building perimeter so that the site water table can be drawn down and piles installed for the building support. Large cranes have been brought in as the grout driven piles are scheduled to begin at the end of March. 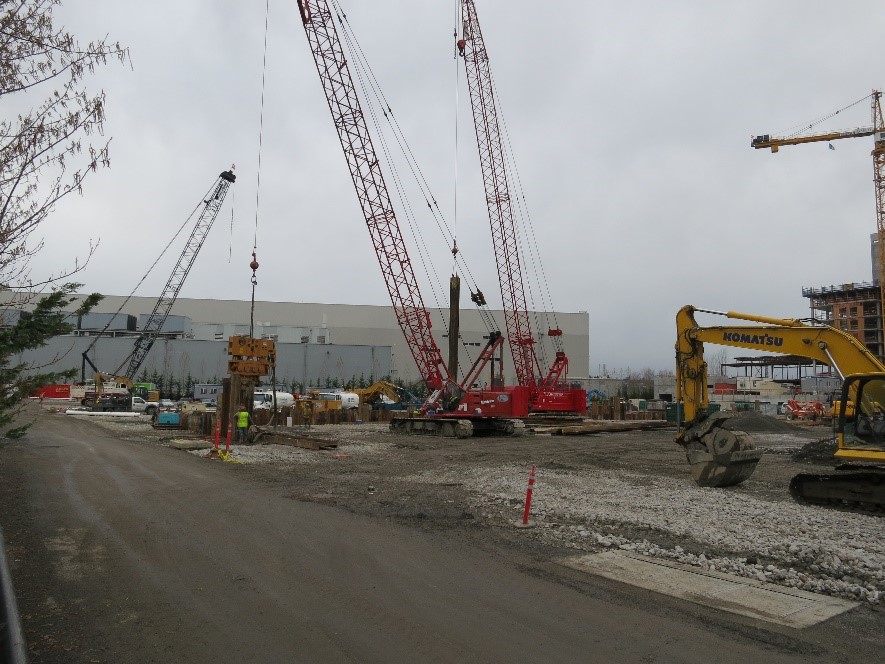 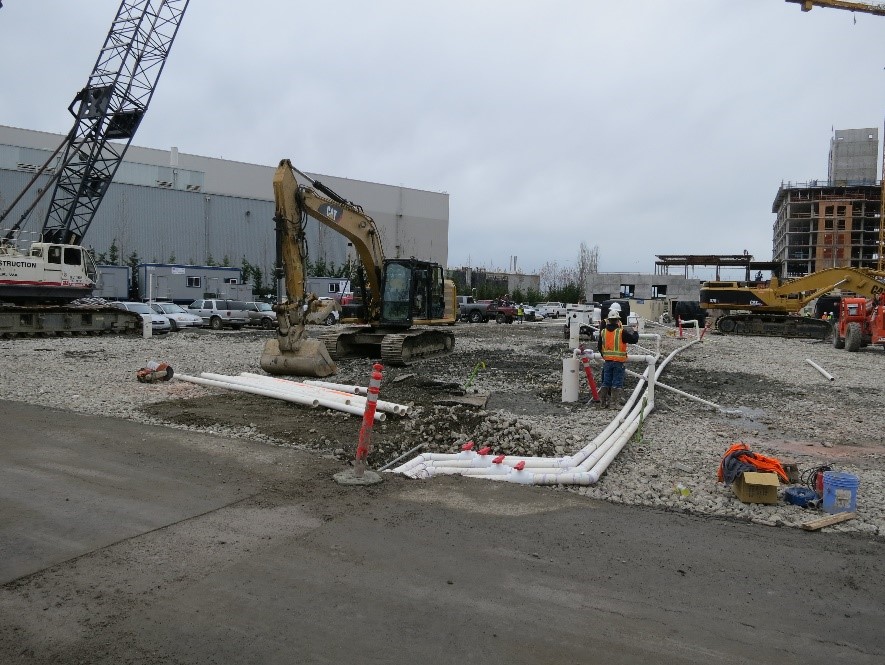 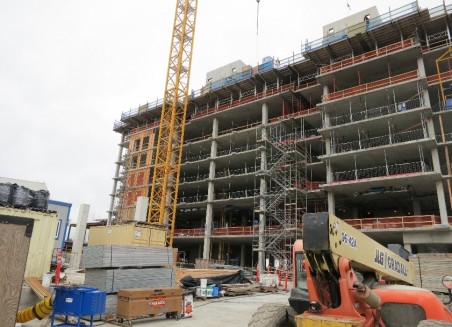