The last elevated concrete deck at the roof of the building was poured on May 16th!  Work along the waterfront promenade is ongoing which includes a new curb, railing, and structural concrete slab with pavers to follow.

The large steel structure for the Grand Staircase has been installed, as well as various other steel stairs throughout the building.  In addition, the fireproofing is complete for the steel structure at the ballrooms.  The exterior building enclosure including framing, weather barrier, and brick continues up and around the building while the first of many precast cornices is in place along the east elevation.  New building scaffolding has been erected to facilitate this exterior work.  Interior to the building, wall framing is ongoing at levels 1, 2, and 3.  The first guestroom floor, level 4, has also begun wall framing and rough-in for utilities.

Mechanical, electrical, plumbing, and fire sprinkler rough-in is near completion at the public amenity levels and will continue up the building now that concrete is complete.  At the guestroom levels, the mechanical VRF units for the heating and cooling systems continue to be installed along with the ducts and piping associated with these systems. 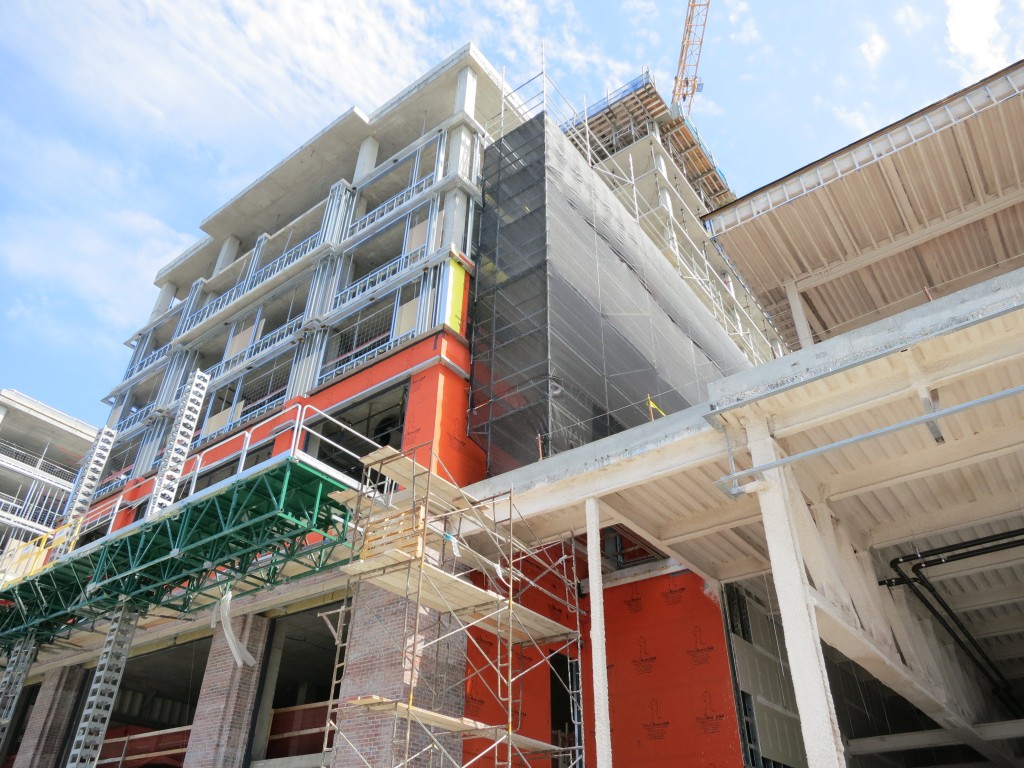 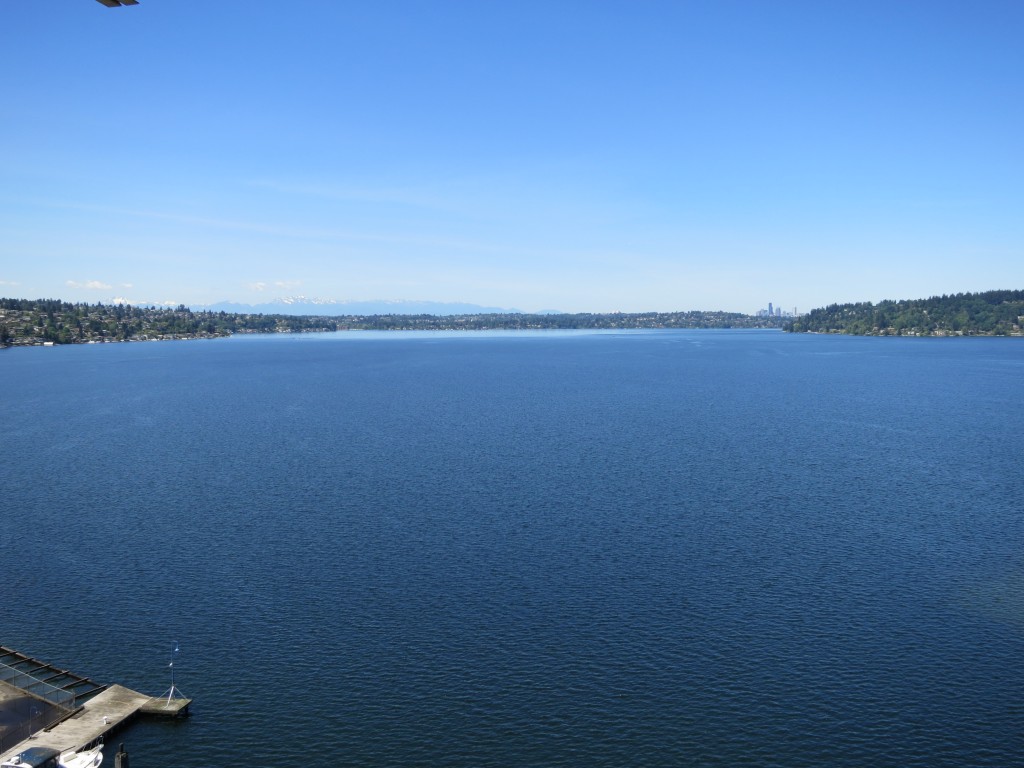 View from the Roof 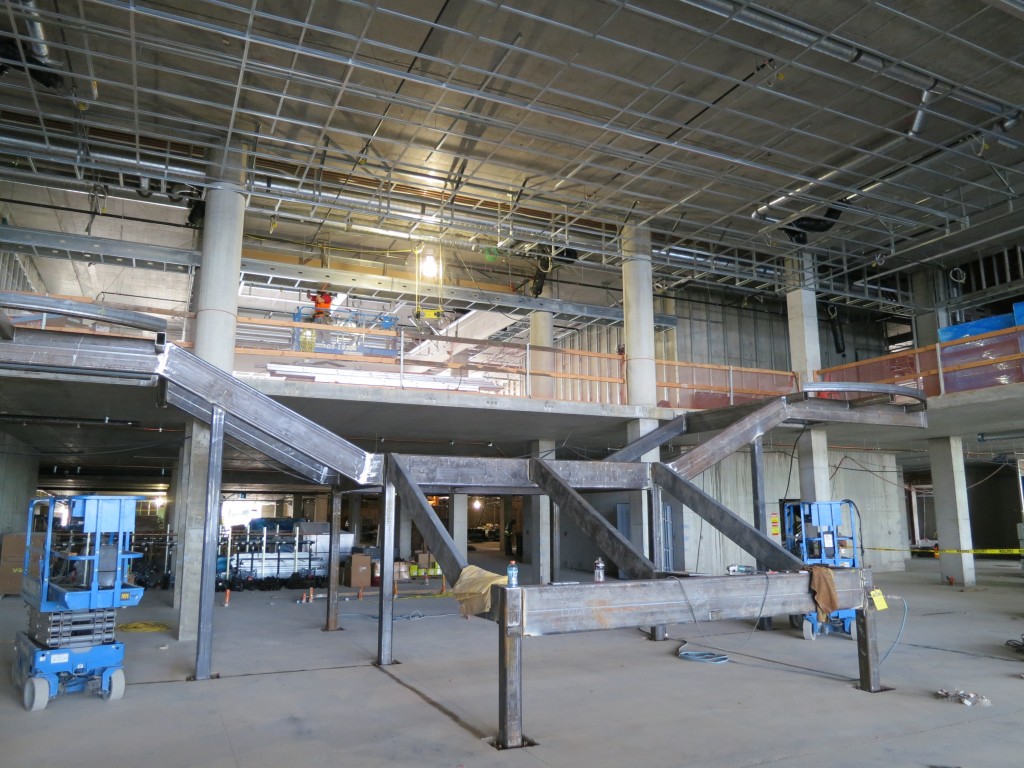 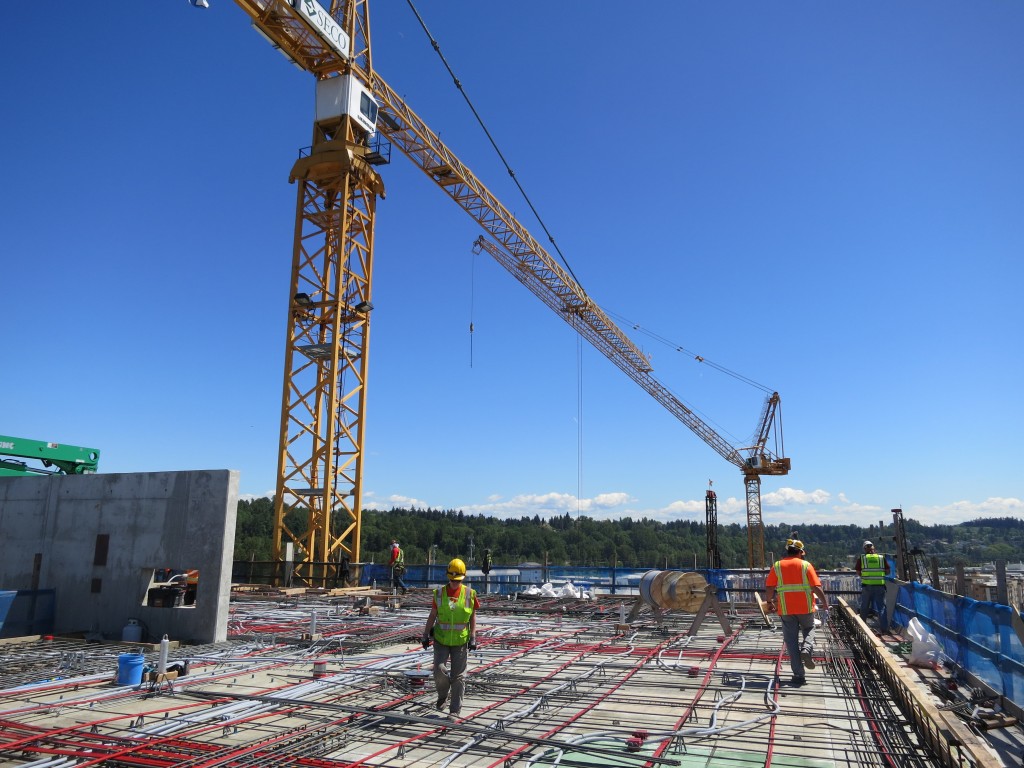 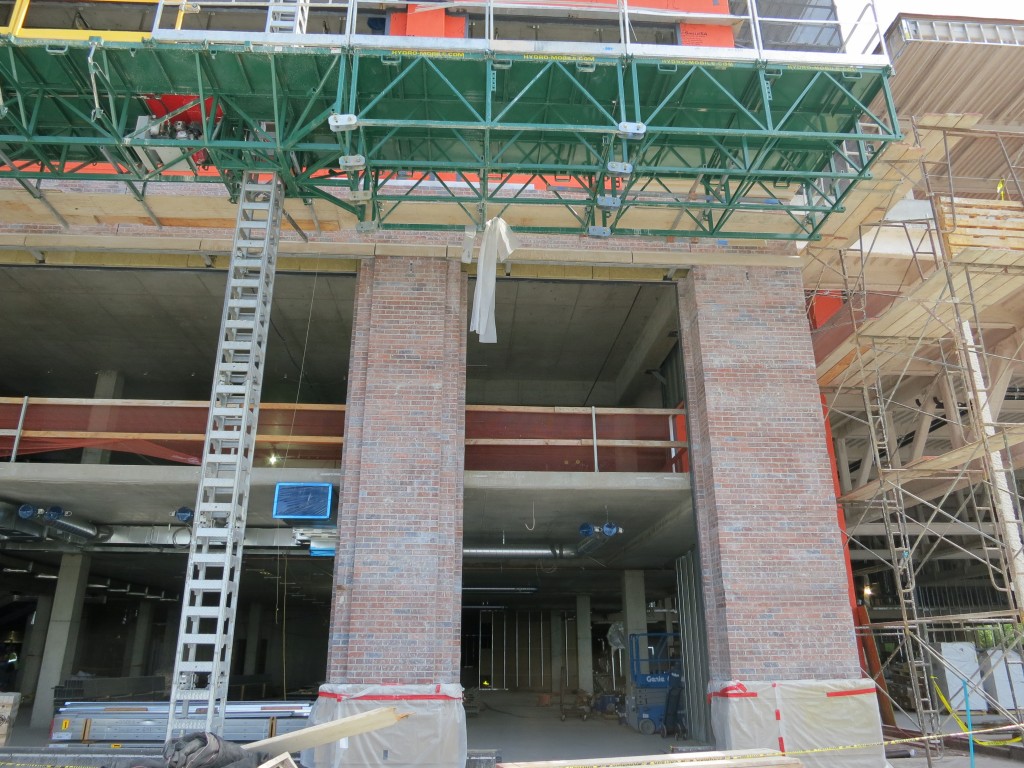 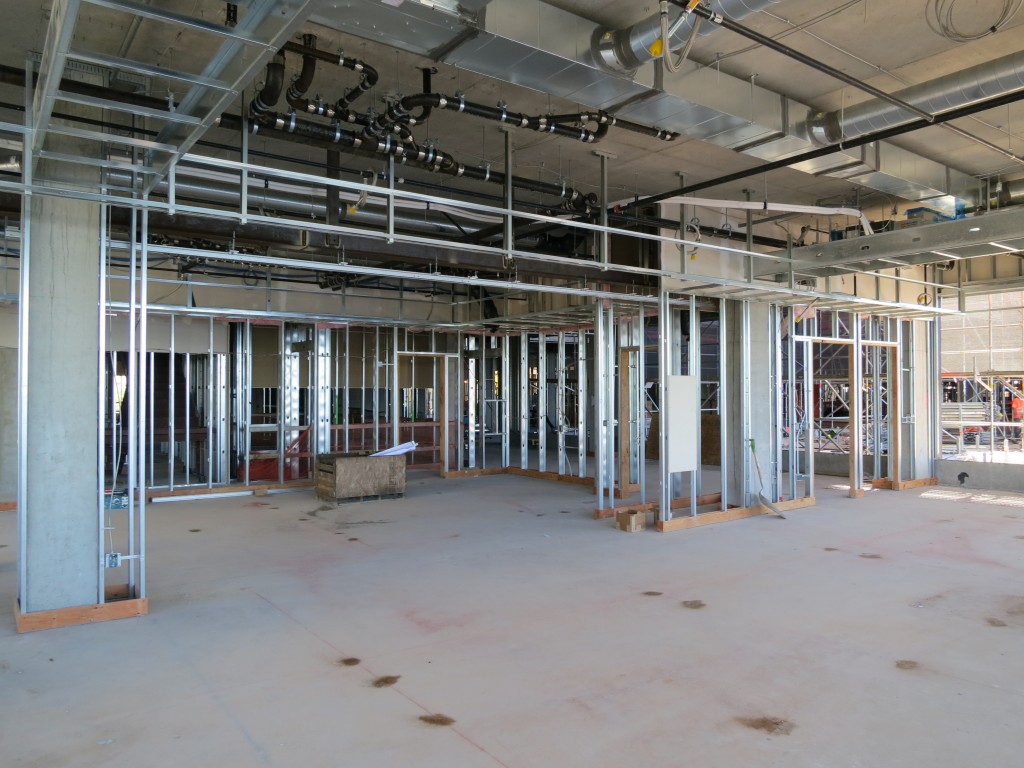 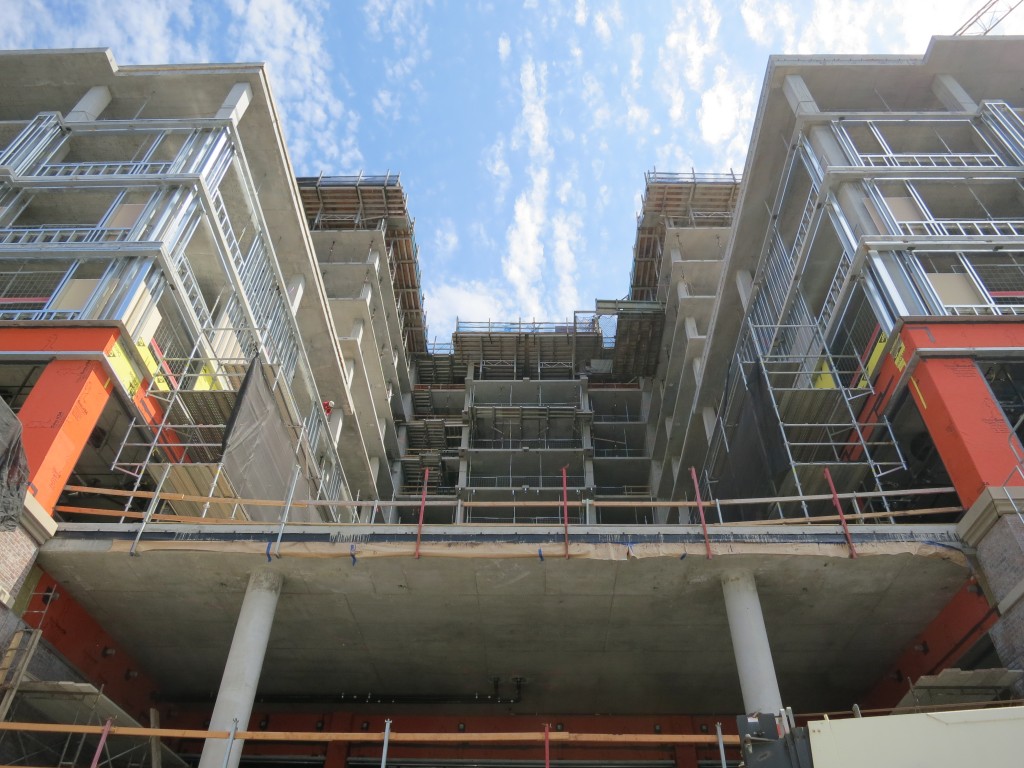 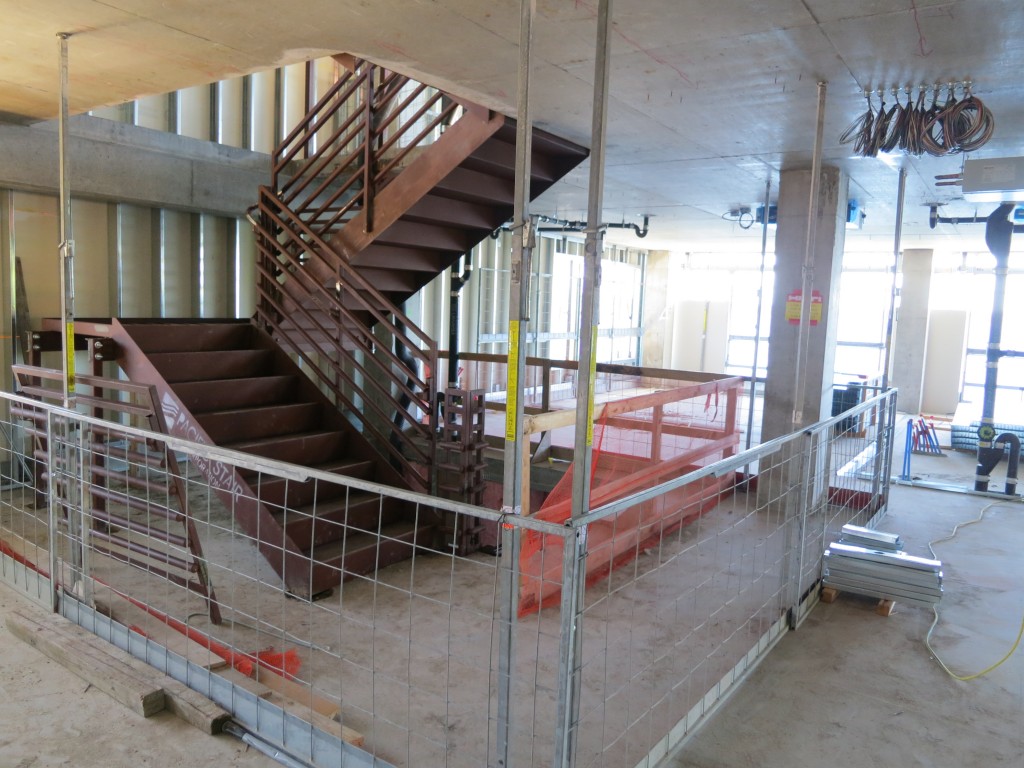 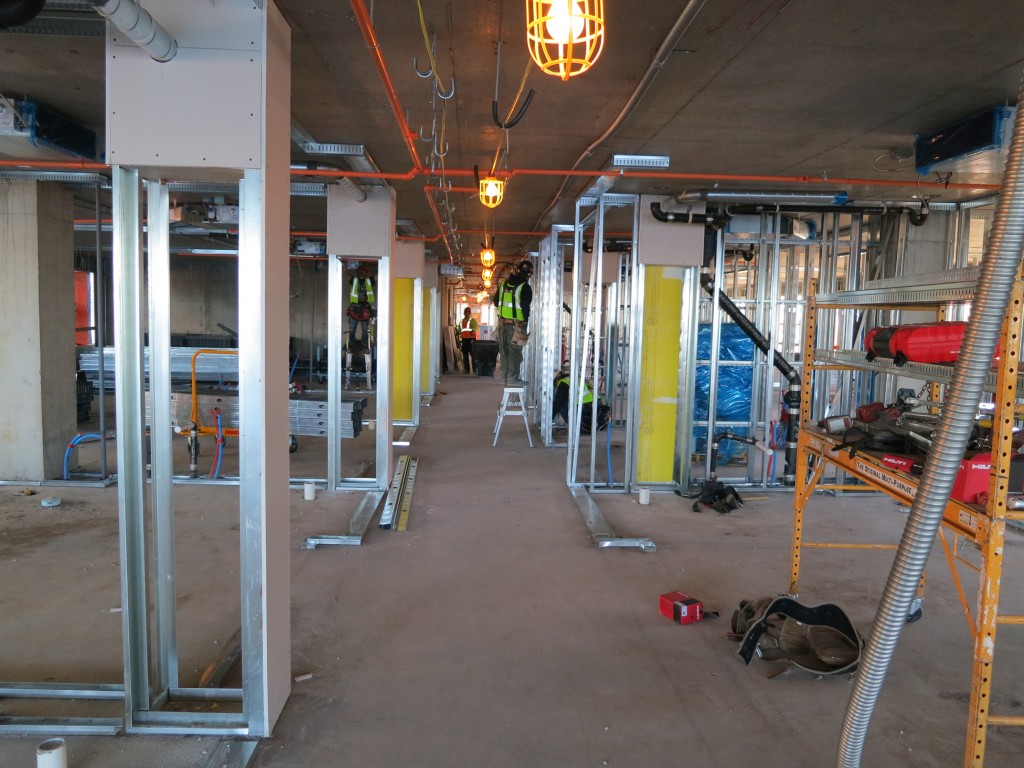 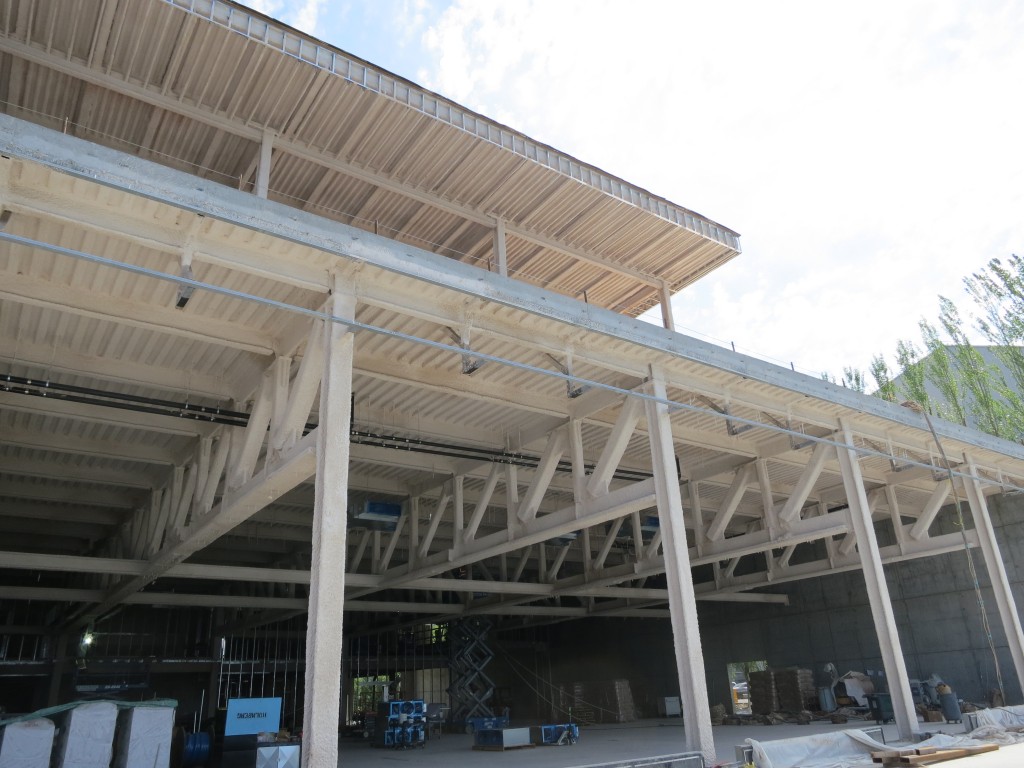 The first of three tower cranes was erected at the south end of the site for the Office project.  In addition, earthwork and underground improvements have continued this month.  These improvements include: demolition of the existing foundation and tunnel from the old power plant as well as continued installation of the earthquake drains and grout driven piles.  Sheet piling is complete for the building perimeter while the formwork and rebar for the concrete mat foundations at Tower 1 has begun.   Connection to the existing utilities in Bristol Avenue are anticipated to begin at the end of the month. 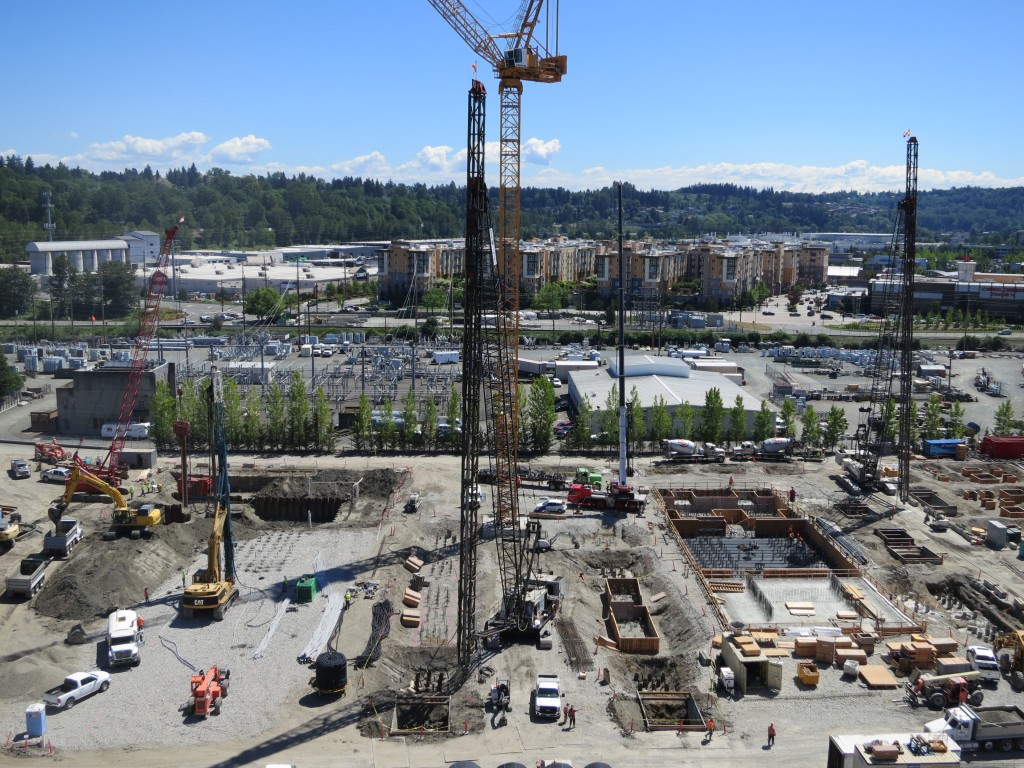 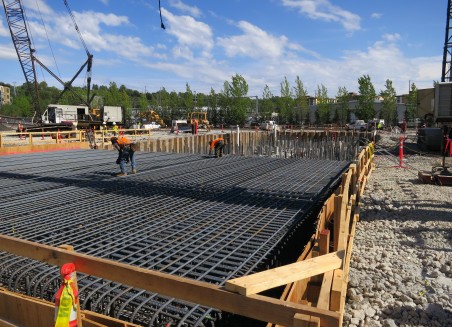