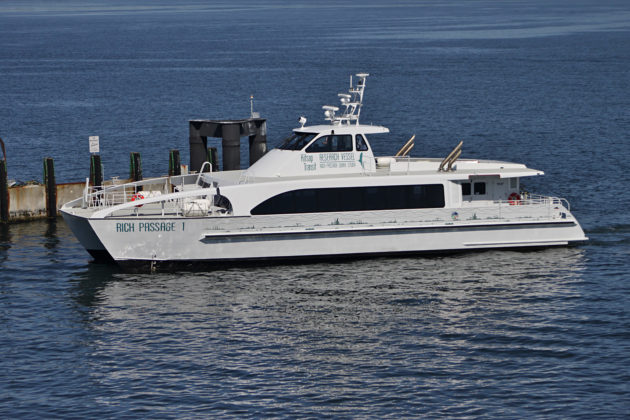 The Lake Washington passenger ferry pilot could use the same kinds of boats as the Kitsap Fast Ferry, seen here. (Wikipedia Photo)

Seco is taking the lead in planning as well as funding the pilot project, which aims to put passenger ferries on Lake Washington by 2020. For the better part of the year, Seco has been talking with King County, the cities of Seattle, Bellevue, Renton, Kenmore and others, as well as local business interests about the service. Though the initial focus is on a route between Renton and Amazon’s backyard of South Lake Union, Seco envisions routes to other parts of Seattle as well as cities like Bellevue.

“In our rapidly growing region it is essential that we have a variety of transportation options,” said King County Executive Dow Constantine in a statement. “That is why I am encouraged when businesses like Seco get involved by creating innovative solutions like a water taxi.”

Seco is building a triumvirate of office towers designed for tech companies totaling approximately 730,000 square feet in Renton, right next door to Boeing’s factory, as part of its Southport project, which also includes a completed apartment project and hotel. A water taxi that drops off at the front door of Southport is sure to be a draw to tech giants that might otherwise balk at the location several miles, and plenty of traffic jams, from the traditional tech hotspots in Seattle and Bellevue.

Rocale Timmons, Seco’s director of planning and development and a former senior planner with the city of Renton, told GeekWire that the service will surely boost Southport, but the company looks at the project as a regional attraction that provides a new transportation alternative as well.

“Certainly establishing passenger service on Lake Washington would benefit the employer that makes Southport home and obviously benefits the city of Renton, however, there are 1 million plus people who either live or work in a three mile radius of the lake,” Timmons said. 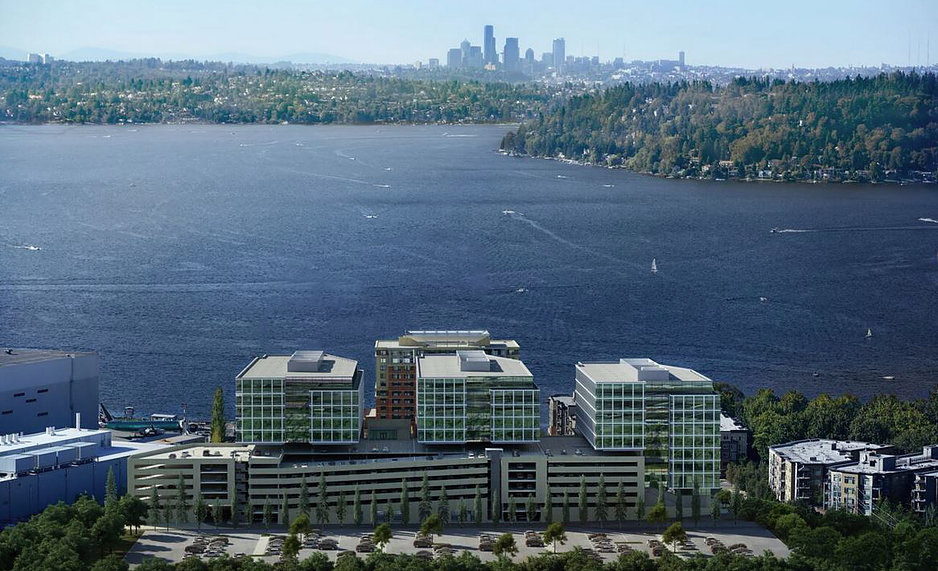 The 2020 start date could be just a few months after the final phase of the office project is done.

The water taxi project is still in early phases, so details like timing, capacity, funding, frequency, pricing and stops have yet to be decided, Timmons said. The company is considering 149-passenger catamarans similar to Kitsap Transit’s new fast ferry.

Seco is planning to arm the boats with amenities sure to please commuters, such as high speed internet, bike storage, standing desks and the ability to order coffee and snacks via smartphone. Seco doesn’t want to focus purely on commuters, and the service will likely have an entertainment and tourism element as well.

Seco’s project is reminiscent of the “Mosquito Fleet,” an armada of steam ships that ferried people and resources around the region for decades back in the late 1800s to the mid 1900s. Government authorities have explored bringing back a “foot ferry” system several times in recent years, but it had never come to pass.

Seco has grander ambitions in Renton than just its Southport project. It is in talks with the city and several nearby property owners to assemble land for several million more square feet of office space. The Southport site, along with adjacent land in Renton, was actually a part of the regional proposal to keep Amazon’s second North American headquarters.

“There’s approximately 700 acres in Renton that we believe is underdeveloped, and we’ve been working with the city to identify those sites that could accommodate these larges swatches of office spaces, especially given all the other infrastructure improvements coming into the area,” Timmons said. 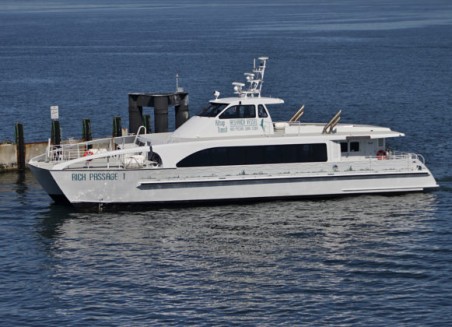