Shilpa Sachdev moved from India to the U.S. in 2013 to be with her husband, who had landed a job as an engineer for Microsoft under a visa program that allows American companies to hire foreign workers.

Sachdev arrived as an H-4 visa holder, the designation for spouses and children of H-1B visa workers. She initially couldn’t work in the U.S., but a door opened in 2015, when the Obama administration approved a rule allowing some H-4 holders to gain employment. Sachdev got a job as a content manager at cloud-computing company ServiceNow.

“For me being able to work can be summed up in one word — it’s independence,” Sachdev told CNBC. “We bought a house and we’re paying the bills together now.”

However, just as Sachdev was getting comfortable with her newfound freedom, President Donald Trump‘s administration is on the verge of potentially taking it away.

In a court filing last week, the administration indicated that it will rescind the work authorization given to some of the nearly 100,000 H-4 visa holders now employed in the U.S.

It’s the president’s latest move against immigration, a subject that has riled his critics since he began his campaign by attacking Mexicans who were crossing the border. A number of prominent U.S. business leaders, including Apple’s Tim Cook, IBM’s Ginni Rometty and J.P. Morgan Chase’s Jamie Dimon wrote a letter last week to Homeland Security Secretary Kirstjen Nielsen expressing concern over immigration policy, specifically a spike in denials of H-1B visas for skilled foreign workers.

“In general, there is a sense of disbelief that the government would actually revoke this work authorization for high-skilled professionals who are well on their path to permanent residence,” said Sandra Feist, an immigration attorney with Grell Feist. “This will cause major personal and corporate disruption.”

Shilpa Sachdev and her husband at a demonstration to support work authorization for H4 visa holders.

Tech companies rely heavily on H-1B visas to hire foreign talent. In 2017, Amazon, Microsoft, Accenture, IBM and Deloitte were in the top 20 employers hiring H-1B visa holders. Brad Smith, Microsoft’s president and chief legal officer, has said his company may be forced to move jobs out of the United States if work authorization for H-4 visa holders is revoked.

But for people concerned that the U.S. is losing its competitive edge on a global scale, the hurdles being put in place for H-4 holders is a troubling sign.

In addition to hurting Silicon Valley and other tech centers, these sorts of actions will also cause people to think twice about studying in the U.S., said Hiba Anver, an immigration attorney.

Sachdev and her husband are considering what to do if she can no longer work in the U.S.

He’s now an engineering manager at Facebook, and they own a home in Los Gatos, on the southern end of Silicon Valley.

“If the work authorization is taken away and we go back to being a single income family, mortgage payments will become a lot scarier,” Sachdev said. If that happens, “it’s very likely that we will decide to leave the country,” she said.

The couple also want to have kids but have to put that on hold until they have more certainty about their future. Until the administration makes a final decision, it’s a matter of waiting and watching.

“You’re at the mercy of what the administration will do,” Sachdev said. “It’s not fun.” 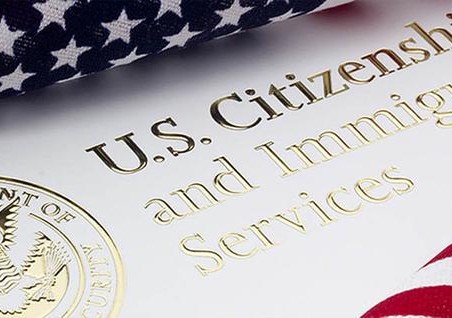